Revolution Trains has provided updates on several of their N and OO gauge rolling stock projects.

CAD has been completed and approved for the versions with the Cawoods Coal container, with the DRS low level waste container and without container as used as runner wagons.  These models are going into tooling now. 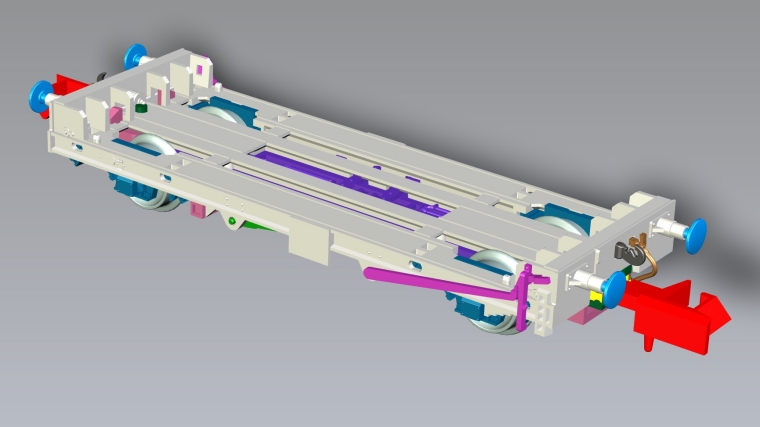 The firm has received decorated bodyshells of the DTSO bodyshell in Strathclyde PTE and Silverlink liveries.  These models are not confirmed yet, as sufficient orders have not yet been received, but they are close to the minimum required so they commissioned these shells, rather than complete decorated models, in the hope of giving them every chance to make the cut.

Silverlink liveried models are ideal for the WCML 1997-2007 and for running alongside our Pendolinos from 2003.  They also operated in this livery on the southern ECML from 2010 until being reliveried into FCC colours.

The eye-catching orange Strathclyde PTE is fondly remembered in Glasgow and its environs and was in use from the introduction in 1990 to the early 2000s.

Sadly, First Capital Connect livery is not close to the threshold and has been cancelled.  Anyone who has ordered this model will either have their order switched to their second choice, or be contacted for a refund.

Once the decorated samples are received and fully assessed Revolution will be closing the order book and putting these long-awaited models into production; this is expected to be at the end of June.

The 00 version of this model is in tooling, with samples expected soon, while CAD of the N gauge model has just been approved and will be available to order shortly.  Once sufficient orders are received, it will be sent to the tool room, but as ever only models with sufficient support will be produced. 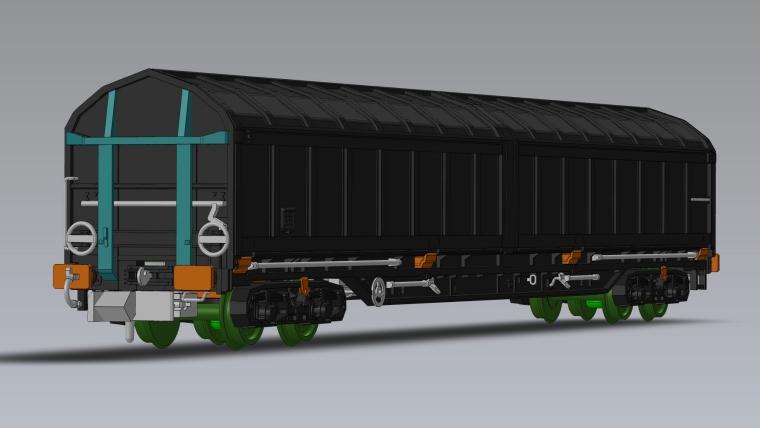 The IWA van, UIC code Sfins2, will be offered in Norsk Hydro, Cargowaggon and unbranded silver liveries, while the timber carriers all carry the same mid-blue livery.

CAD for these models is almost approved and ready to go into tooling.  Again, once the CAD is approved and costs are finalised the order book will be opened.  Versions in BR Green, BR Blue and Royal Mail red will be offered, in both Western region split headcode and Midland centre headcode variants. Note the wire handrails and numerous separately fitted details especially in the underframe area.

BR Western Region as built with gangway and headcode boxes.

Assessing the CAD for these models has taken a considerable amount of time, particularly in finalising the chassis arrangement, however once tooling begins Revolution anticipate this popular model will proceed quickly.