Expected to arrive in stock mid-June, UK modellers are able to pre-order these ready-to-use tabletop baseboards.

Model railway accessory stockist, Train Trax is to stock Ntrak's T-TRAK range of model railway baseboard modules. Ideally suited to modular layouts and already in use by members of the N Gauge Society, the bulk import of modules is expected to introduce the range to a larger number of modellers.

T-TRAK modules come in fixed lengths, known as 'singles', 'doubles' and 'triples'. Modules sit on top of a table, each with adjustable feet allowing for variation in table heights to be accounted for.

The wooden modules are designed for use with Kato's N gauge UniTrak, with a distance between double tracks of 33mm, allowing larger locomotives to pass around curves without hitting. The manufacturer of T-Trak, Yorkshire-based Ntrak, states that everyone from novices to experienced users can easily enjoy making dioramas. Modules are said to be easily and reliably connected to make a complete tabletop layout more accessible to those who aren't skilled at carpentry. 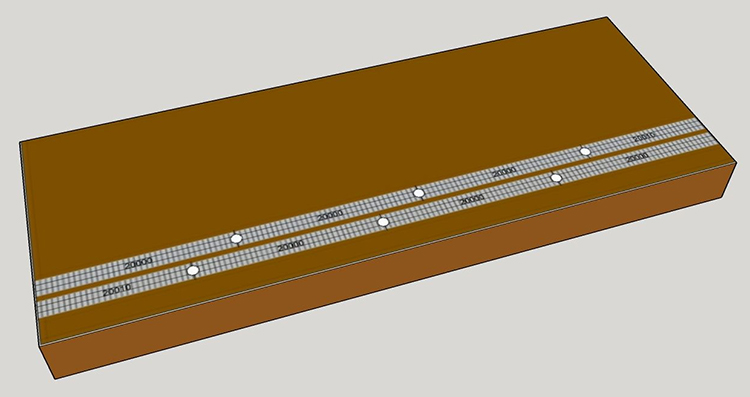 Ian Miller of Train Trax said, "Earlier this year the Yorkshire Area Group of the N Gauge Society adopted T-TRAK as a standard for a new layout and it has been very well received. [Following interest] from various individuals and groups who would like to have a go, [] I decided to join the group half way through this process, and I have now agreed to handle the ordering and distribution of the 'YAG' T-Trak kits via the Train Trax website which I took over in January. They obviously fit in well with the rest of the Kato range!"

Owing to uncertainty over the number of orders expected, Train Trax is accepting pre-orders until 09.00 on Monday June 6. For further details, including dimensions, pricing and availability consult the Train Trax website.