Rapido Trains UK has unveiled a new OO gauge OAA wagon, tooling for which has begun, with models expected to arrive early 2023. Its model has been designed using original drawings and help from Peter Harvey of PH Designs Etchings. Models can be ordered from Rapido Trains UK until July 1, 2022.

The following variants are being offered:

Sales & Marketing Manager Richard Foster said, “The OAA has the body and underframe detail you’d expect from a Rapido model. But we’re particularly excited about the liveries that we’re planning. We’re not only planning to replicate the myriad changes to the positions of letters, logos and numbers that you can see on these wagons but we’re also planning to replicate where wagons have received repairs and quick repaints. These range from a new plank to a complete set of doors. On one wagon, nearly the whole body has received a non-standard colour. We should have a very interesting collection of wagons on our hands!"

“We’re delighted with how these wagons are looking and we think modellers will be pleased with the finished result. We know that we’re likely to be asked about producing the mesh door and Redland versions, which we’ll do – as long as sales of this batch is strong enough to justify producing a second run of models!”

BR undertook much research to produce a new wagon underframe suitable for the 1970s railway and the first vehicle to benefit from this research was the 45T Open AB open wagon, better known as OAA. Ashford Works built the 100 OAAs (Nos. 100000-100099) in 1971. The new 20ft 9in wheelbase underframe, with air brakes and upgraded running gear, would go on to be used on the VBA and VDA vans as well as on developments of the OAA, including the OBA and OCA opens. 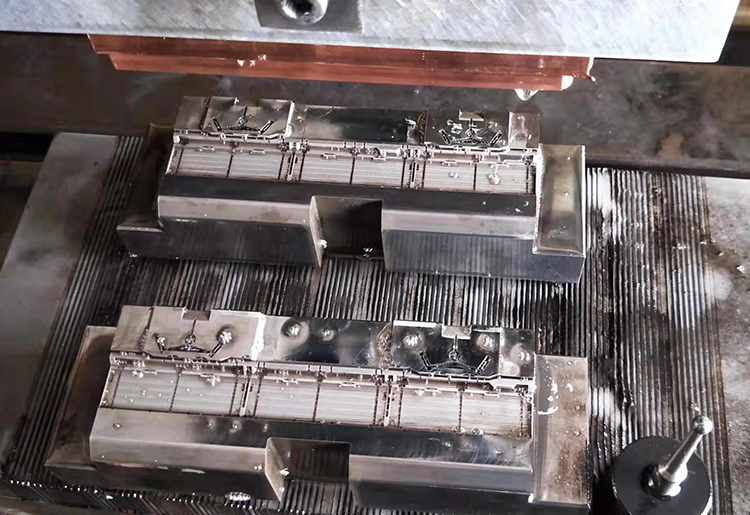 Tooling on the wagons has commenced, with the machining of moulds in progress.

As part of BR’s air-braked network (a fore runner of Speedlink), the OAAs could be found across the network. But as newer wagons were introduced some were relegated to departmental duties or were adapted for other duties, such as those modified to carry Redland roof tiles.

The OAAs continued to be useful, however, particularly for carrying concrete blocks from Foster Yeoman’s Merehead quarry to Acton. EWS rebuilt a batch of OAAs in the late 1990s for this work, replacing worn wooden doors with mesh.

For further details on these wagons, including current pricing, visit the Rapido Trains UK website.