Oldest locomotive to visit the heritage line to star in action-packed weekend.

In a last-minute change of plans, the Mid-Suffolk Light Railway (MSLR) is to see a visiting locomotive for its 1940s weekend. Beyer Peacock No. 1827, an 0-4-0T built in 1879, makes it the oldest locomotive to run on the line, by some margin.

The 143-year-old locomotive is said to be in great condition following thorough overhaul and is expected to be an ideal locomotive to operate passenger trains on the line for its 1940s event this weekend, and its June 5 Jubilee Sunday event.

Middy in the 1940s takes place on Saturday May 28 and Sunday May 29 between 10.30 – 16.30. The event brings history alive and makes a great day out for families and enthusiasts alike. Included in the event are steam-hauled trips, with coaching stock being the line's veteran Great Eastern Railway four-wheel coaches and two locomotives in operation. Members of the public can stay as long as they wish and ride the train as many times as they like. 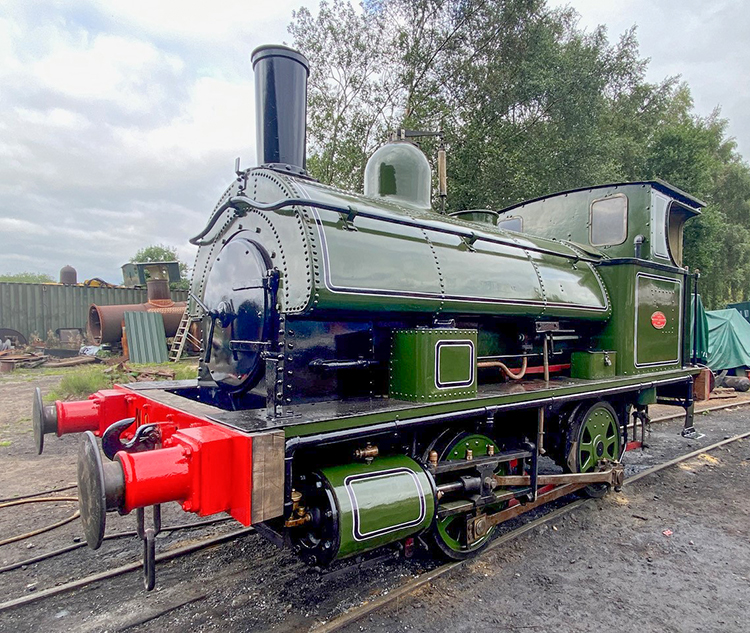 John Reeve of the Mid-Suffolk Light Railway said, "The original arrangement was to welcome back our old friend Wissington the Hudswell Clarke 0-6-0ST which has served us well several times in the past, however Wissington’s restoration at the North Norfolk Railway has hit a snag and won’t be coming to us until later in the summer. In the meantime we are delighted to have have the oldest locomotive to grace our railway in partnership with the resident Cockerill tram locomotive which is well over 100 years old to act as motive power for the 1940s weekend. They say a week is a long time in politics and it seems that is also true for heritage railways so Wissington fans will have to wait just a bit longer for a Hudswell Clarke to be steaming on the Middy again."

The May 28/29 celebration will include a wide range of re-enactors including displays of memorabilia and a long list of military and vintage vehicles. Weather permitting, on the Saturday there will be a flypast by the Battle of Britain Memorial Flight’s Hawker Hurricane and 1940s style music from Kitty Collins, while on Sunday, the Laxfield Community Choir are to perform.

For further details on the event, ticket pricing and to secure tickets for the event, visit the Mid-Suffolk Light Railway website.