After a public vote, our latest Cakebox Challenge has been won by Ben Bucki and his 7mm scale Steampunk monorail.

Its builder is a Steampunk enthusiast, and used this challenge to finally build part of an idea sketched, but never completed, over a decade ago for a project he worked on for an exhibition at the Bradford Industrial Museum.

The unusual and eye-catching model beat ten other entrants to win £75 of products from JS Models who generously supported the competition.

A delighted Ben said, "I genuinely thought it would be too left-field to appeal to the majority. I only got in on the whole Cakebox thing right at the end last time, but it was the absolute perfect little contained project, a way of testing these new or odd ideas out.  I think they're perfect for Lockdown projects too for the same reasons." 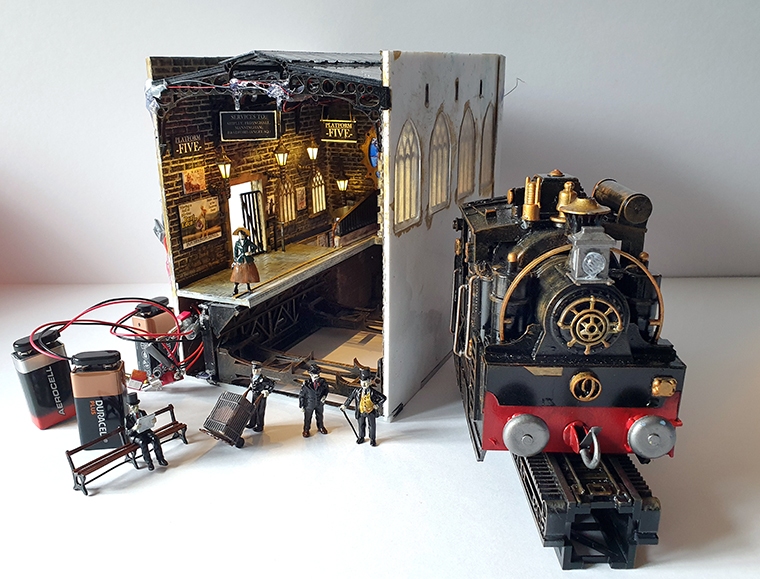 Organiser, Phil Parker, said, "We'd let the challenge lie for a few months after a couple of years, but when lockdown re-started at the end of 2020, several people got in touch to ask for another round. The results were spectacular. I would struggle to pick a favourite from them, but think the public have voted for a worthy winner."

All the models can be seen here, and a selection will appear in a future edition of BRM.