Great weather, a great line-up of locomotives and plenty of hard work all combined to make the Severn Valley Railway’s (SVR) Spring Steam Gala one of its most successful enthusiast events ever.

The Gala brought a welcome boost to the railway’s finances, with buoyant secondary spend on catering and retail adding to the high ticket volume.

Income was also boosted by pre-sales of the Hornby limited-edition 00 gauge model of No. 70 Elizabeth II. The SVR caused a stir when it repainted 34027 Taw Valley in a striking purple livery and renamed and renumbered it in honour of the Queen’s Platinum Jubilee. The Hornby model launched on the first day of the Gala, and the SVR sold out its allocation of models within hours.

Helen Smith, the SVR’s managing director said: “What a great start to our 2022 season this was! The event surpassed all our expectations, and the sheer number of visitors was extremely gratifying, not to mention the hundreds of very positive comments we received in person and online.

Over the four days, we attracted around 7,500 visitors, which represents higher numbers than ever before. Just to set this in context, pre-pandemic our visitor numbers peaked at around 4,500 for what was usually a three-day spring event.”

On the first day of the Gala, a small ceremony took place at Kidderminster station, to relaunch 4498 Sir Nigel Gresley (pictured above - credit Mike Anderson) following its recent £1 million overhaul. The locomotive went on to run all four days of the event.

The guest locomotive line-up proved extremely popular, alongside 4498 Sir Nigel Gresley, which appeared in wartime black livery throughout the event, 2999 Lady of Legend also returned to the SVR following its debut at last year’s Spring event. Also attracting plenty of interest was the S15 No 506, visiting from the Mid-Hants Railway. 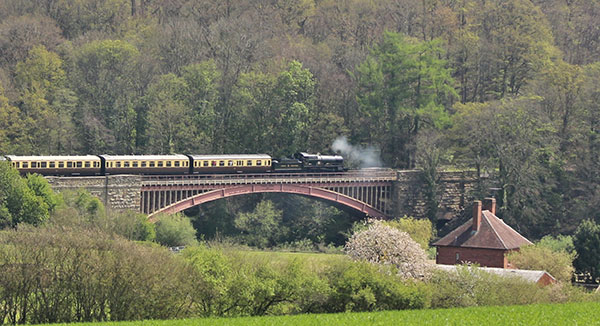 GWR Saint 2999 Lady of Legend crossing Victoria Bridge with the 11.20 from Bridgnorth on the final day of the spring steam gala 22, credit Keith Wilkinson

Both 4498 and 506 left the railway shortly after the Gala, but Lady of Legend is staying on to play a key role in the SVR’s Queen’s Platinum Jubilee celebrations. It will haul services alongside the much-talked-about, purple-liveried No. 70 ‘Elizabeth II’. This four-day event takes place June 2-5th.

Plans are still in place for the Autumn Steam Gala event, which will take place between September 15-18th, and the SVR will make further announcements on how and when to purchase tickets very soon. 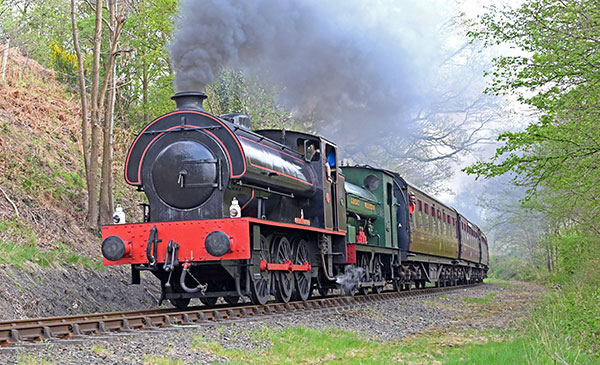