Fictitious-liveried variants of Rapido Trains' 15XX and 'Jones Goods' revealed, as orders open for its OO gauge LB&SCR 'E1' – and it's no April fools!

Fuelled by its spoof-liveried APT-Es and its RTC-liveried Class 28, Rapido Trains UK is on a mission, it seems, to continue its trend of offering modellers access to models of prototypes in spoof, yet plausible liveries.

A minimum order quantity of 250 items is required for models to proceed to manufacturing.

Lined BR black, with early crest, as proposed for the manufacturer's 'Jones Goods' 0-6-0 for OO gauge.

Commenting on the proposed models, Sales & Marketing Manager for Rapido Trains, Richard Foster said of the 15XX, "of three 'Pannier' tanks credited to Frederick Hawksworth, the GWR’s final Chief Mechanical Engineer, only ten 94XX were built by the GWR. The remaining 200 94XXs, the 70 16XXs and the 10 15XXs were all built by British Railways. No. 9400 is preserved in GWR green and both 94XX No. 9466 and 16XX No. 1638 have carried this livery. But no 15XX has carried it and so we thought we’d make history by offering it in OO gauge."

Speaking about the 'Jones Goods', Richard added, "British Railways inherited 33 ex-Highland Railway locomotives, but the ‘Big Goods’ were not among them (aside from preserved pioneer No. 103). The LMS withdrew the last, No. 17925, in February, 1940. We wondered what it might have looked like had the LMS kept it going for a few more years and it had become a BR engine. As the 'Big Goods' worked passenger as well as goods trains, we thought it would have received lined rather than plain black."

Rapido Trains UK admits to not knowing how well fictitious liveries will sell when applied to a steam locomotive, and its expression of interest on its website is designed to understand their popularity ahead of committing to orders with its factory.

Richard added, “We really want to make these models, however, so please register today! Alternatively, you can place an order with your local Rapido UK stockist.”

In other news from the manufacturer, orders are being taken for its LB&SCR 'E1', also for OO gauge.

The initial range comprises 14 models, covering all eras from as-built LBSCR condition to their final days with British Railways, as well as the quartet used on the Isle of Wight between 1932 and 1960. 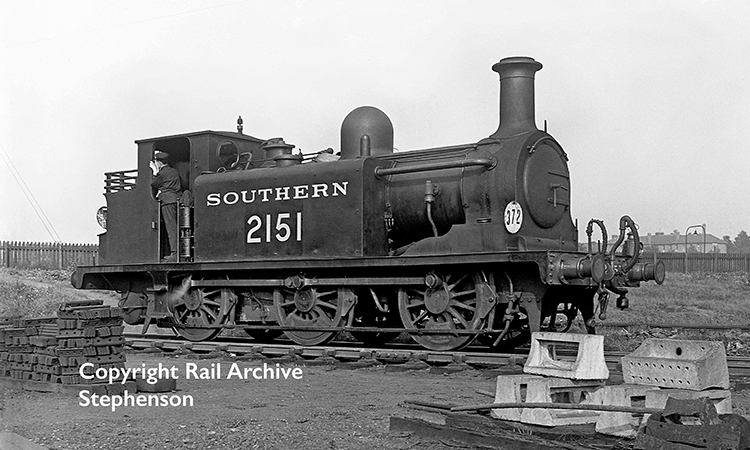 Richard Foster said, “The ‘E1’ looks like a big ‘Terrier’ but the similarities don’t just end with the visuals. The ‘E1’ is as every bit as complicated and requires a multitude of different detail parts and combinations. We’ve done our absolute best to ensure that we’ve covered all the detail variations, but we face that age-old problem of balance, making something as accurate as possible, but that’s practical to manufacture at a price that people can afford. Our initial plan was to drip-feed the different versions on to the market over the next few years, but customer feedback demanded all versions available in one go. We’ve listened to that feedback but given the complexities of the project, we won’t be able to tool this model overnight. However, we’re hopeful that we should have some samples to show off by the spring.”

Read updates on the above projects on World of Railways soon. To secure your orders or to express an interest, visit the Rapido Trains UK website, or see your local stockist.