The final installment of our modelling challenge has ended – the test of observation and skill culminating in a worthy winner.

Round six of our See it/Make it challenge was a test for modelling an empty shop. Faded and peeling paintwork, damp stonework and a delightful array of detail were sure to present challenges for modellers.

Modelling options were plentiful, from adapting a ready-to-plant shop, painting and weathering it accordingly, or building something from a kit, and adapting it to suit. Surprisingly, we only received scratch-builds, but there can only be one entry crowned winner, as its builder takes home a Hornby Class 66 (R3778) in DB Schenker livery, worth £74.99!

Congratulations to returnee, Chris Chewter, whose valiant effort with his daughter Emily, saw him win our first challenge! His entry is a skilled effort combining photo-realistic printed papers over a card super-structure and made use of CAD software when designing the building. By day, Chris is a Building Surveyor, which has no doubt given him an edge with his architectural observation. 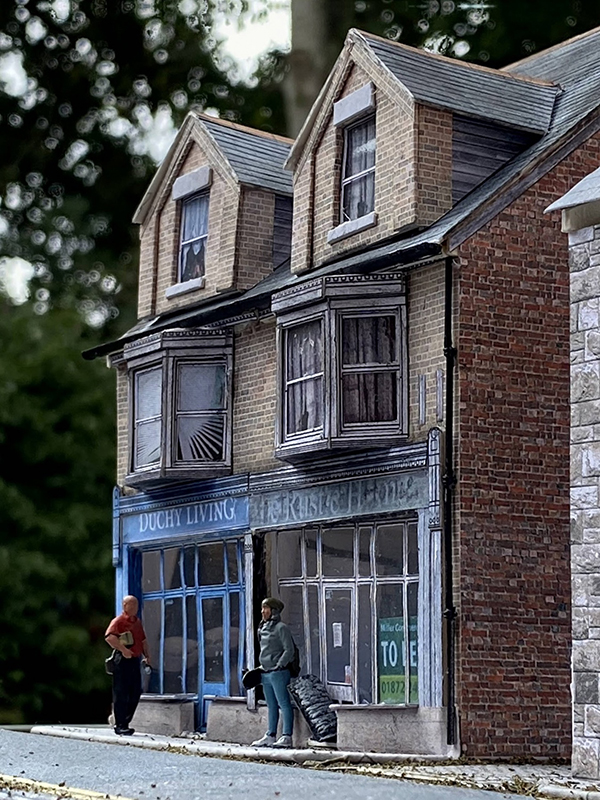 Chris explains his method of construction, "To make the buildings, I needed a set of plans and elevations for the building. Using Google Earth, I was able to get a length and depth for the building, plus the height was ascertained from counting the brick courses and assuming that the door is a standard height of around 2m. From this, I was able to put together the elevations. I used AutoCAD because my job involves its use, and enables me to print off the elevations as many times as required." 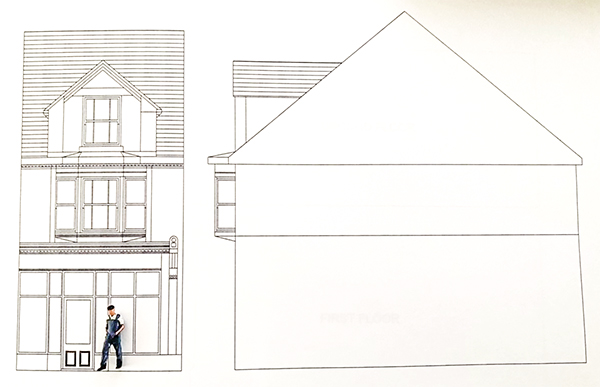 Chris continued, "Once I had the elevations, these were glued onto card, cut out and glued together. Suitable brick papers were obtained from the Scale Scenes and printed on the home inkjet printer. Distressed timber was also found on the website which looked very close to that in the photograph. Other details such as interiors, shop signage, curtains and letting signs were images found on the internet or from Google Earth, printed out and cut to size. Window frames are carefully cut from paper and affixed to clear packaging, rescued from the recycling. Guttering is from Ratio and the downpipe from Modelu." 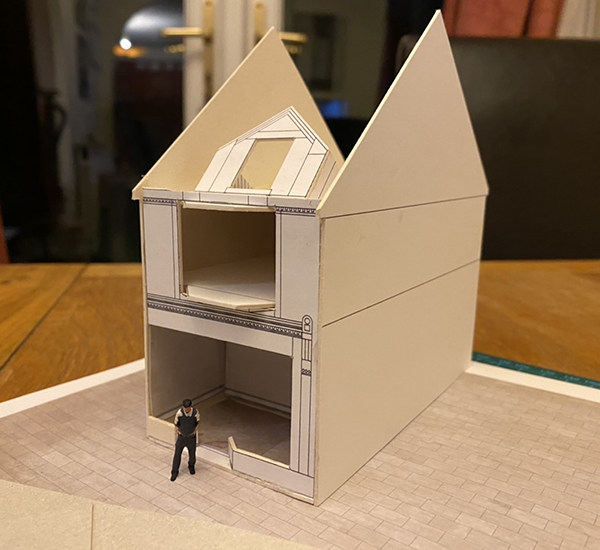 "The figures are from allscales.co.uk who had a nice representation of a modern delivery driver. I also thought the skater girl helped give the diorama a modern millennial feel. These are 3D printed figures, sprayed black and painted in various shades of Humbrol Enamel.

Checking the photographs shows the building has sand bags in the doorway. On the model this is a Peco coal sack turned upside down. The roadway was formed from cereal packing, bent to form the camber of the road. This is covered with a suitable Scalescenes paper. The pavements are Scalescenes paper over thicker card. Yellow lines are Tamiya masking tape, cut into thin strips, and the detritus around the roadway is tea leaves held in place with spray adhesive. The building was then given a dusting of Humbrol black weathering powder, and a pencil was used to tone down the card edges."

Commenting on the experience, Chris said "It’s been great to turn a pile of scrap card into a model representing a real life location. I hope you enjoy the model as much as I’ve enjoyed putting it together."

We caught a glimpse of other entries to the competition, some of which unfortunately weren't completed in time such as this effort by RMweb member Cornholio: 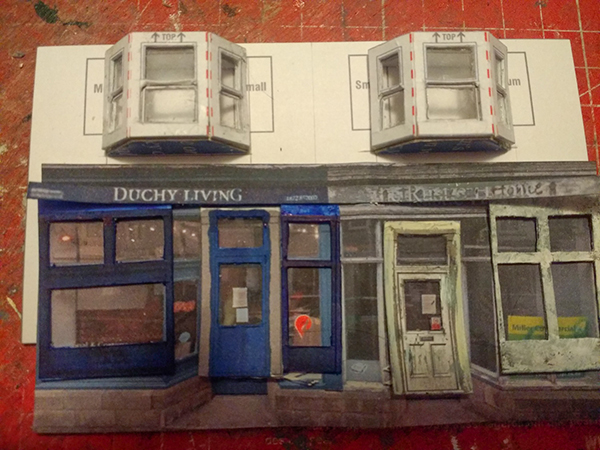 Plus, it inspired a few of you to send in images of similar abandoned shop buildings on your layouts to us, such as this entry by John Simpson: 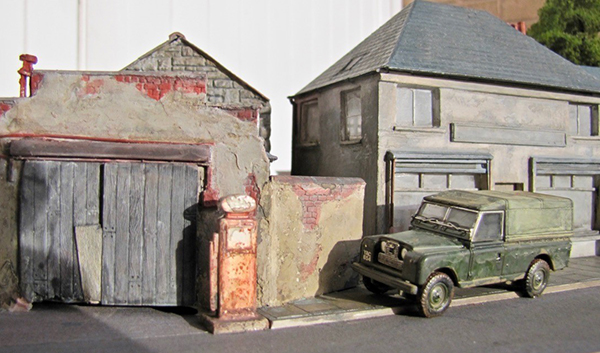 We'd like to thank all whom entered this latest challenge (and previous challenges!) which was started during the lock-down period. As this series of challenges concludes, look out for an exciting announcement soon to encourage more modelling!