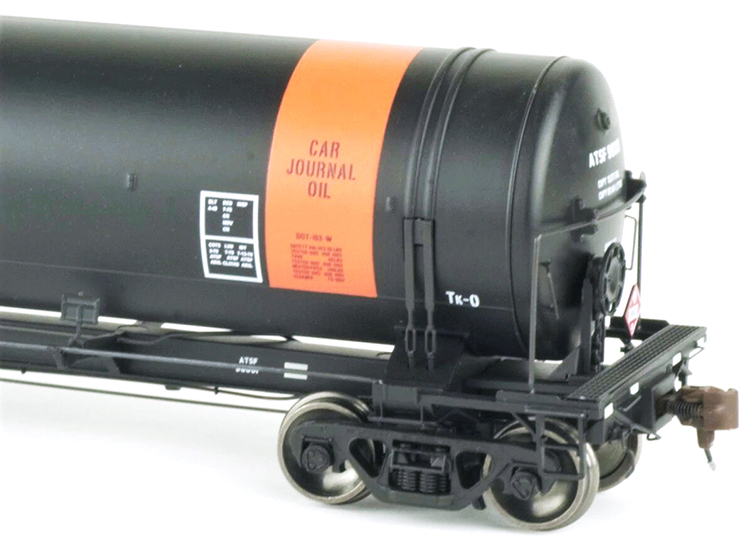 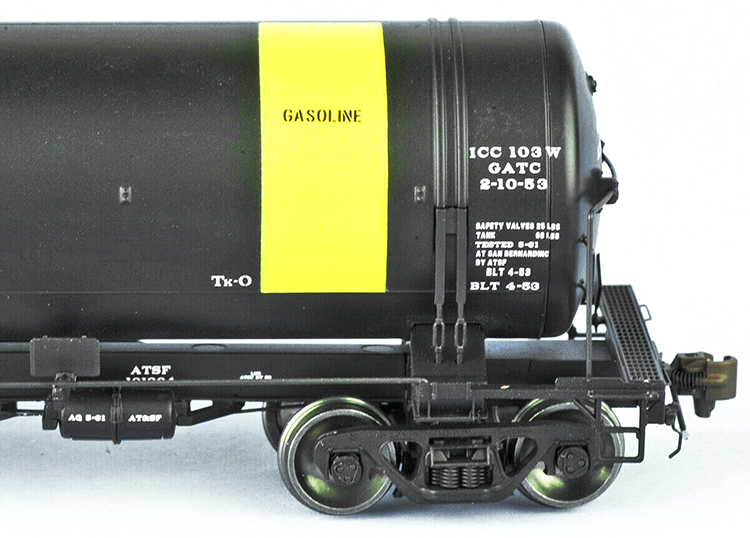 The AT&SF versions have six major paint schemes for various commodities. On the prototype, each commodity received a different colour band applied to the end of the tank. Versions being offered are as follows:

A group of the NP tank cars were assigned to the Montana Rail Link with additional service assignment lettering 'ASSIGNED TO MTRL. MGR. INTERBAY WASH.'