With development work speeding up, the manufacturer issues a bumper update as it receives a consignment of OO and N gauge samples.

Revolution Trains has issued an important update on its range of forthcoming products for 4mm:1ft (OO) and 2mm:1ft (N) scales.

Decorated samples of the SR General Manager’s saloon 975025 – later known as Caroline – were received just before Christmas, allowing assessment to take place during the break. Models in original BR blue-grey and current Network Rail green have been assessed.

Commenting on the results, Revolution Trains said, "Overall we are very happy, though as ever there are some corrections. Both versions are missing their curtains, and the border between the yellow and bodyside colours is to be improved. In addition, the BR version should have a chocolate brown, not black, underframe and the NR version doesn't have its etched nameplates. However these issues are straightforward to correct." The order book for these models is to close at the end of January 2022.

Decorated samples were also received for its N gauge Mk. 5a TPE coaches, which are being assessed. Branded Nova 3 by TPE, these trains run in push-pull mode powered by a Class 68 between Scarborough, Hull, Manchester and Liverpool in five-car sets comprising Driving Trailer, Trailer with cycle bay, two standard Trailers and Trailer First.

Revolution Trains has said that the decorated samples are a promising start and they have been carefully assessed with corrections sent prior to production. The order book for these models is expected to close at the end of February, with delivery scheduled for the late summer. It has said that models may be available after production, however the MSRP will increase.

Produced exclusively for Rails of Sheffield, decorated samples of its forthcoming Drax Power IIA-D hoppers have also been received and approved. These models are expected to go into production after Chinese New Year, to be completed during Q2 2022. 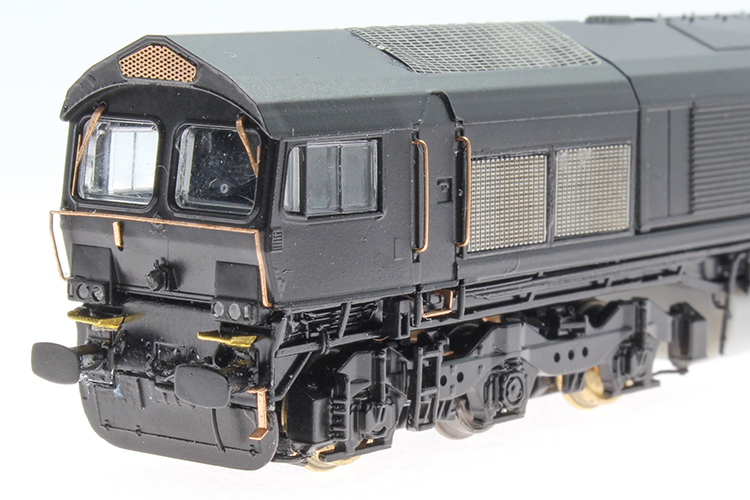 Perhaps its most interesting news are first EP samples of its Class 59 Co-Co diesel-electric in N gauge. The model is expected to feature an array of class-leading details, with numerous photo-etched and separately moulded parts. It weighs a useful 110g and the manufacturer reported that under test, performance was "smooth and powerful, though improvements will be made ahead of production." 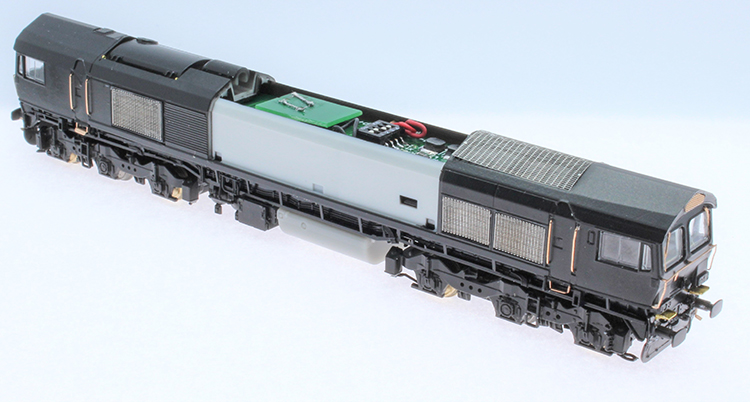 The purpose of the EP sample is to check the fit of parts and performance, so the 'eagle-eyed' may spot that some of the detail combinations aren't correct. Revolution Trains has tooled two types of bogie, two types of exhaust, original and revised lighting arrangements, and both single handle and double handle doors to allow nearly all locomotives, at all periods of their service lives, to be modelled, including unique 59003. The order book for these models remains open and they are expected to ship in Q4 2022.

In addition to the Class 59, Revolution has received the first running samples of the Class 313/314 ‘PEP’ unit. These three-car trains were introduced in the late 1970s and some remain in service on the south coast and in Scotland. The Class 313s were BR’s first trains to be equipped with the now-universal powered doors, and were able to take power from both overhead lines and the third rail, their historical significance recognised by the decision to take the first member of the class (313201) into the National Collection when it is taken out of service.