Rapido Trains UK unveils ‘what might have been’ APT-Es New spoof APT-E liveries revealed as part of a limited-edition range – and it's not an April fools!

The experimental gas turbine APT-E only ran in its striking silver and blue livery, but that hasn’t stopped Rapido Trains UK from producing two liveries that it might have carried, had it not been withdrawn in 1976.

Rapido has produced its APT-E in original HST-inspired blue/grey scheme and InterCity grey. It has also produced a limited number of trailer cars in the same livery to augment these sets.

Sales & Marketing Manager Richard Foster said, “These sets are strictly limited and available on a first-come-first-served basis. We think that they’re going to sell out quickly, so recommend that you get your orders in as soon as possible.” 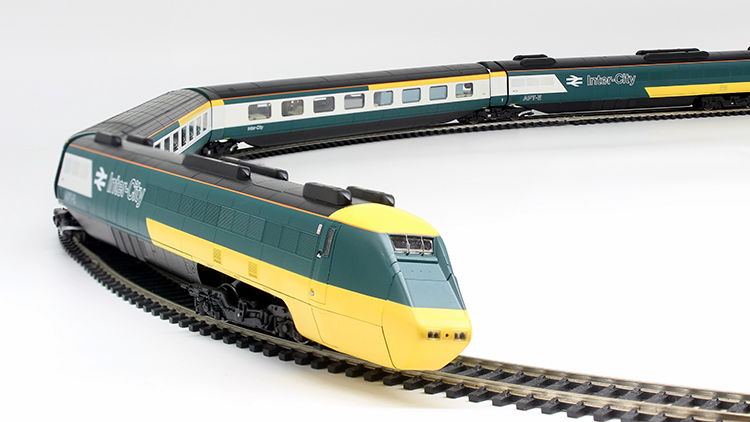 A production sample of one of the ‘spoof’ liveried models (SKU924503).

Its a shame when Manufacturers (or reporters!) don't explicitly state for which scale their models are sized. This seems to be particularly prevalent amongst OO gauge suppliers.