Joining its OO gauge range, two new items of rolling stock are announced, both at engineering prototype stage, and expected to arrive late-2022.

Both models have been designed in the UK and are said to have highly-detailed bodies and underframes. The van features separately fitted end ventilators and there are two types of roof gutter strip to choose from, while the ballast wagon has been produced with curve-ended planks and straight-ended foot planks. Both are said to come with split-spoked wheels running in metal bearings. 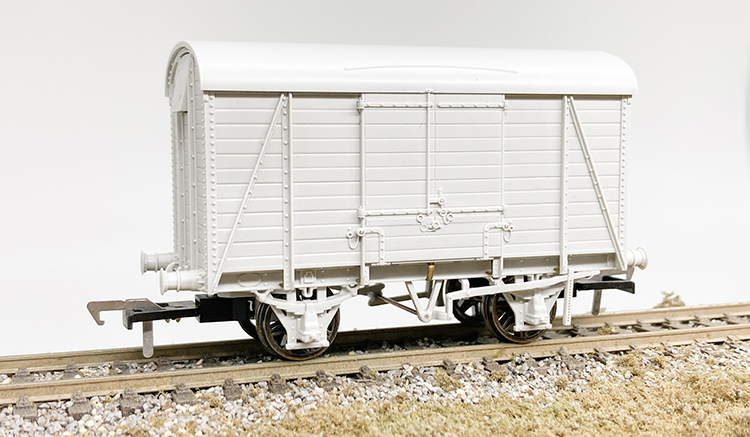 Sales & Marketing Manager Richard Foster for Rapido Trains UK said, “We were bowled over by the response to our five- and seven-plank open wagons that we decided that we had to produce more SECR wagons. These two vehicles used the same 9ft 6in underframe, proof that it wasn't just the GWR that used standardised parts! We now have a stunning pre-Grouping box van added to the range, as well as the only ready-to-run pre-Grouping ballast wagon.”

Livery variants of the SECR Dia. 1426 van proposed are:

The Dia. 1426 van was different to previous SECR designs and featured an elliptical roof, end ventilators, lift-link brake gear and self-contained buffers. The design was so successful that it became the basis of the standard Southern Railway van. It was the SR which allocated the diagram number to this design.

Nearly 250 Dia. 1426s were built, with many of them surviving into BR days in both revenue and Departmental service. One, No. 15750, survived into preservation and can now be seen on the Bluebell Railway.

The SECR used the same underframe for the two-plank ballast wagon. It introduced the first in 1919 and 120 were built over the next four years, the last being completed by the Southern.

These wagons were often seen in long rakes as they took ballast to wherever trackwork required attention. They were so useful that BR didn’t finally get rid of the last ones until 1971, which made them some of the last pre-Grouping vehicles in operation in the Southern Region CCE’s mainland fleet.

Livery variants of the SECR Dia. 1744 ballast wagon proposed are:

No Dia. 1744 ballast wagons survived into preservation. However, because they used the standard SECR underframe as modelled on its five- and seven-plank open wagons, the Bluebell Railway has re-created one, No. 567, using the chassis from a seven-plank open and original works drawings.