These new models cover one diagram of seven-plank open and two diagrams of five-plank open built by the South Eastern & Chatham Railway.

The SECR’s most numerous wagon was this rugged seven-plank open wagon, built on a standard steel underframe. Over 2,000 were built between 1915 and 1927 to what the Southern Railway would call Diagram 1355. The only design change that the SR made was to add a sheet rail.

Both types survived into British Railways service. The last Dia. 1347/1349 wagons were withdrawn in the 1960s but some seven-planks lasted into the 1970s.

Rapido’s models have been designed to allow key detail variations to be produced. They have tooled a sheet rail to produce SECR- and SR-built Diagram 1355s to be modelled and also tooled two different buffer styles fitted to the Dia. 1347 and 1349 five-planks. Both types include high levels of body and underframe detail, metal bearing cups and NEM coupler pockets.

Sales & Marketing Manager Richard Foster said, “It is Rapido Trains UK’s long-term aspiration to undertake some manufacturing in UK. Having a UK design team is the first step towards that.

“These wagons have been researched and designed 100% in the UK. All we’ve done is to send the completed CADs to our factory in China for manufacturing.

“We have a number of wagon projects that our UK designers are working on and we’ll announce these shortly. As the business grows and our range increases in size, we’re hopeful that more and more rolling stock projects will be designed in this country.”

Both the Dia. 1355 seven-plank and Dia. 1347/1349 five-planks with come in SECR, Southern and BR liveries, full details are available on the Rapido Trains website. 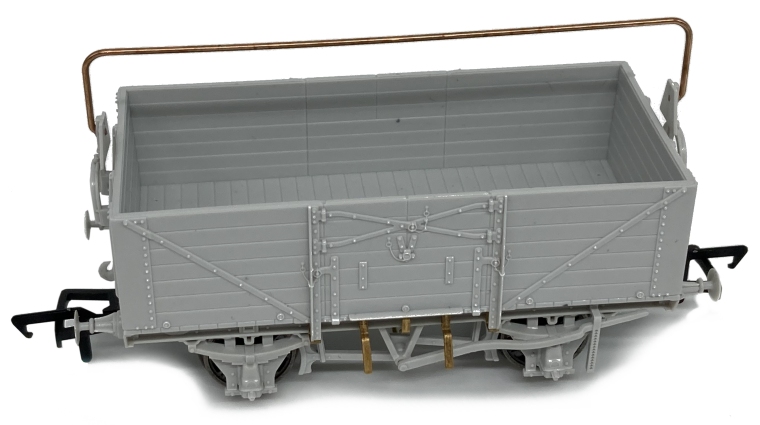