The manufacturer Rapido Trains is to fill one of the last gaps in the ‘N’ gauge main line diesel fleet with the MetroVick Type 2 or Class 28 Co-Bo.

Rapido Trains is to fill one of the last gaps in the ‘N’ gauge main line diesel fleet with models of the MetroVick Type 2 (later unofficially Class 28 Co-Bo). Its project is said to be in the early stages, with design work underway using works drawings, and historical and preservation era photographs. Models are expected to arrive in 2022.

On paper, Metropolitan Vickers’ design should have been a good one. The Crossley two-stroke diesel had fewer moving parts than its contemporaries and all axles were powered. Sadly, it became one of BR’s least successful designs because of its problematic engine and decreased route availability owing to its five-axle design. Despite rebuilding the fleet in 1961, it was deemed more economical to scrap the class than to spend on further rebuilds. 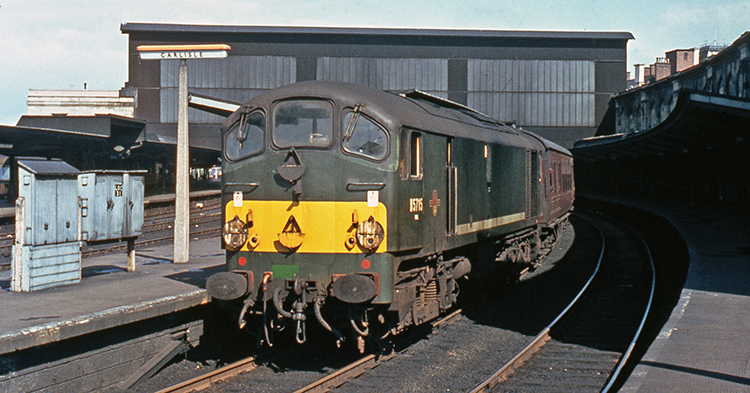 Built by Metropolitan Vickers at its Stockton-on-Tees factory in 1958/1959, the 20 Class members (D5700-D5719) had been withdrawn from revenue-earning service by the end of 1968. D5705 was retained for departmental duties until 1985 and is under long-term restoration at the East Lancashire Railway. The locomotives were used on the Anglo-Scottish container door-to-door ‘Condor’ container services, and relegated to local duties around North-West England.

The manufacturer has announced its model with a post-1961 flat screen, to be fitted with a Next18 decoder socket, directional lighting, NEM coupler sockets and options for DCC sound. A "high quality motor and drive systems and wealth of separately fitted and highly detailed parts" is also promised.

Rapido Trains UK is offering six variants of the models:

For further details, including pricing and availability, visit the Rapido Trains UK website.

Waited ages for this. Had a Dublo one 56yrs ago. The Condor is my favourite train. All I need now is a print by T Cuneo.