Revealed to the public at Model Rail Scotland, Rapido Trains is to release models in late-2022/early-2023 of the Highland Railway 'Jones Goods' 4-6-0.

With Model Rail Scotland taking place this weekend, Rapido Trains UK has announce a ‘OO’ gauge model of one of Scotland’s most iconic steam locomotives, the Highland Railway 'Big Goods' 4-6-0. Although they’re often called ‘Jones Goods’ after Highland Locomotive Superintendent David Jones, it was his Chief Draughtsman, David Anderson Hendrie, who proposed that the railway could benefit from the 4-6-0 wheel arrangement that was becoming common in other countries. The result was the first 4-6-0 design to run in Britain. Sharp Stewart of Glasgow delivered all 15 during 1894.

Rapido has catered for most of the detail changes made to the ‘Big Goods’ over the years, including different smokeboxes and chimneys. The model will feature a smooth running, powerful mechanism, firebox flicker and a factory-fitted sound speaker. The design work is being finalised and a 3D test print has been produced in order to check that the model will successfully negotiate trainset curves.

The following models are to be produced:

World of Railways was given early access to a 3D-printed sample of the locomotive, which was undergoing testing at the time, the photographs for which accompany this story. 3D CAD design hasn't been finalised and is subject to change. 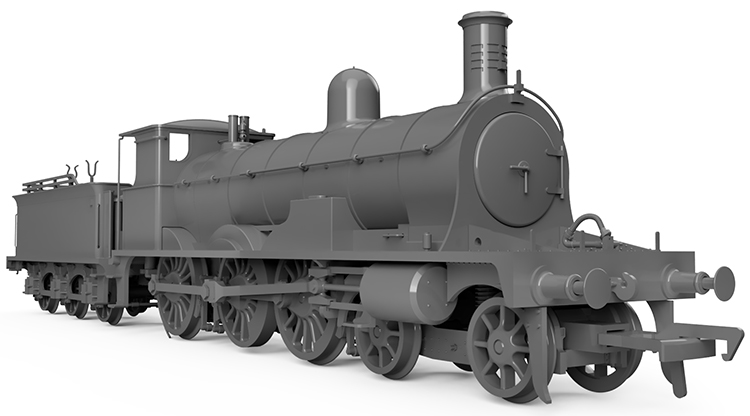 Nos. 103-117 were put to work between Perth and Inverness and, aside from some minor tweaks to the draughting arrangement, were an instant success. They spread to all parts of the Highland network and could be found on both passenger and goods trains. All 15 ‘Big Goods’ passed into LMS hands where, classified ‘4F’, they were re-numbered 17916-17930. The first was withdrawn in 1929 but it took until 1940 before the last, No. 17925 (No. 112) was condemned. Happily, the LMS saw fit to preserve pioneer No. 17916, which was restored to pseudo-Highland condition as No. 103. No. 103 was tucked away inside St Rollox works along with Caledonian Railway 4-2-2 No. 123 until 1958 when BR Scottish Region General Manager James Ness ordered it to be returned to service. 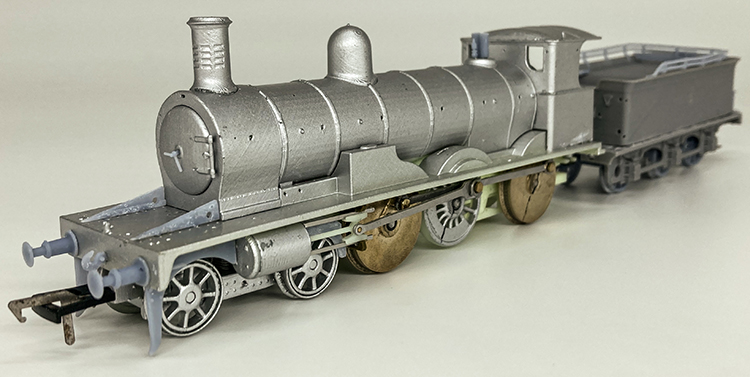 Alongside other classic Scottish locomotives, No. 103 ran numerous railtours around the Scottish Region as well as making as far south as Bedfordshire for the filming of Those Magnificent Men In Their Flying Machines. No. 103 was retired in 1965 and is now one of Glasgow Riverside Museum’s star exhibits. 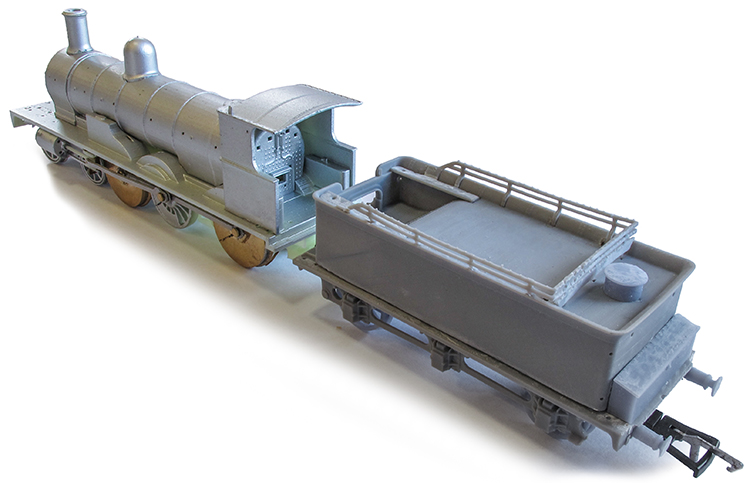 Rapido Trains UK Sales & Marketing Manager Richard Foster said, “The Stirling ‘Single’ that we produced for the National Railway Museum proved just what we can do when it comes to museum-quality pre-Grouping steam locomotives.

“We wanted an instantly recognisable locomotive that we could go to town on and, given the growing popularity of Scottish locomotives, the ‘Jones Goods’ is the perfect choice. We’d like to thank Alisdair Campbell and Ian Ford of the Highland Railway Society for their help in bringing this project to fruition.”

The order book is open. For more information, visit the Rapido Trains website, or see your local stockist.

A long awaited addition to the RTR market, many more vin tage models wanted in the marketplace, this is hopefully the first of many to follow.