With the imminent arrival of its OO gauge model of gas turbine 18000, the retailer shares plans for exclusive models of 18100, and the later rebuilt Class 80 E1000 and E2001 for the scale, also to be produced by Heljan.

Rails of Sheffield is to offer models of gas turbine 18100 and its later Class 80 electric conversions E1000 and E2001, manufactured by Heljan. With the support of the National Railway Museum, research and a CAD are said to be complete, though have yet to be revealed. Further updates are said to be revealed shortly.

The retailer is hoping to see models arrive late-2022, though has said this is difficult to predict given ongoing issues with Covid, China's power shortages where models will be manufactured, and shipping issues.

The model specifications are as follows: 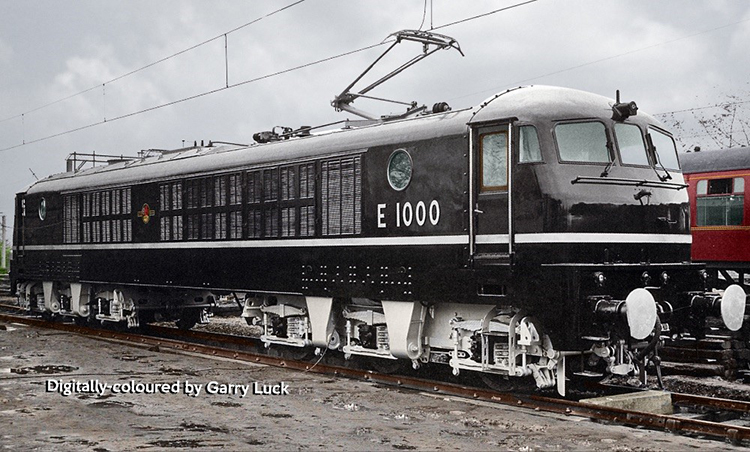 Lighting is said to be as per its model of 18000, with two warm white headlights at the front (lower left and lower right) in direction of travel, and a red tail light at rear (lower centre). A function for DC and DCC will allow the tail light to be switched off when hauling a train.

The model is based on a unique gas turbine prototype built for BR, but ordered by the GWR in the 1940s. British Rail 18100 was a prototype mainline gas turbine-electric locomotive delivered to British Railways in 1952 by Metropolitan-Vickers of Manchester. It spent the first phase of its working life on the Western Region of British Railways, operating express passenger services from London Paddington to the West of England.

The locomotive was delivered in BR black with silver trim and carried this throughout its life. In December 1953, 18100 was withdrawn from service and returned to MV for storage and later rebuilding as Britains first 25kV AC overhead electric locomotive, E1000. In this form it acted as the testbed for a new generation of high-voltage electric locomotives for the West Coast Main Line. After these duties were completed in 1961, E1000 (by now renumbered E2001) was used for various test purposes or stored until it was withdrawn in 1968 and scrapped in 1972.

Current pricing can be found on the Rails of Sheffield website.