Tooled for the retailer by Bachmann Europe, the first samples of Rails of Sheffield's exclusive Caledonian Railway 812 Class locomotive are shown. 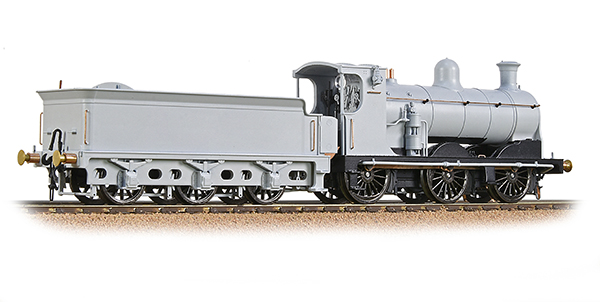 Five versions are being produced with tooling to suit:

The prototypes were produced whilst John Mcintosh was Chief Mechanical Engineer of the Caledonian Railway (1895-1914). The first 17 locomotives were built at the Caledonian’s St. Rollox works during 1899 (No. 812-828), with a further 12 built there later that year. At the turn of the 20th century, the Caledonian found itself short of suitable engines for mineral traffic and with St. Rollox committed to other work, they turned to three outside contractors (Neilson Reid, Sharp Stewart and Dübs).

The first 17 locomotives were used for mixed traffic duties whilst carrying the distinctive Caledonian Blue livery. Some of the engines had Westinghouse pumps and couplings fitted to enable them for use on passenger services. Under the LMS ownership in 1923, the Westinghouse pumps were removed and the class was painted into black livery. In 1946, the first locomotive was taken out of service, with the last being withdrawn in 1963.

For updates on the models and to see the suite of EP images, visit Rails of Sheffield's website.