Produced exclusively for Rails of Sheffield by Heljan, first images of the OO gauge model of the North Eastern Railway petrol-electric Autocar emerge.

Expected to be released later this year, Rails of Sheffield's model of the NER petrol-electric autocar is undergoing review by the retailer, following receipt of a sample from Heljan. 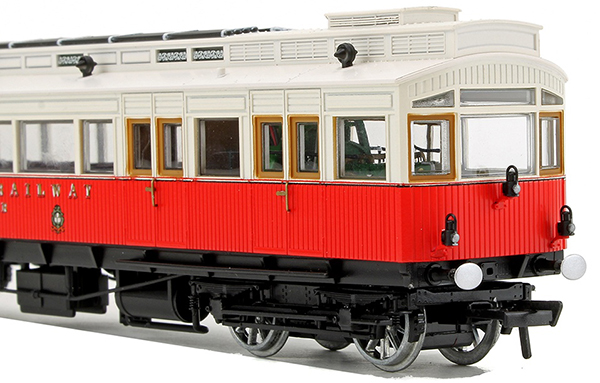 Models are to feature directional lighting and a Next18 DCC decoder socket.

Rails has highlighted that wheels will be black electro-plated for the production run of the models.

In 1903, a pair of railcars was unveiled by the NER, led by Vincent Raven, its Assistant Chief Mechanical Engineer. Forerunners to locomotives powered by internal combustion engines linked to electric motors, the autocars carried their own power plant – a petrol engine – driving a dynamo which supplied power to the traction motors. It was the world’s first use of an internal combustion engine in a passenger carrying rail vehicle. The two autocars, Nos. 3170 and 3171, were fitted with electric track brakes, another first for the railways.