Produced using dimensions from preserved No. 737, Rails of Sheffield and Locomotion Models have teamed up with Dapol to produce a OO gauge RTR model of the Wainwright 4-4-0 'D' Class locomotive.

Rails of Sheffield and Locomotion Models have commissioned OO gauge RTR models of the Wainwright 'D' Class from Dapol. Expected to arrive with the retailers in the third quarter of 2020 and carry an RRP of less than £200, the first EP sample from the new tooling has now arrived and is under review.

Models will feature NEM coupling pockets, a Next-18 decoder socket with pull-out PCB and solderless speaker. Locomotives will feature a firebox flicker effect and provision is to be made for a bass reflex speaker in the tender. The drawbar between the locomotive and tender is to be of a new 'pin-less' type - a first for an RTR OO gauge model. Coupling the locomotive and tender can be performed on a straight piece of track with a push fit. 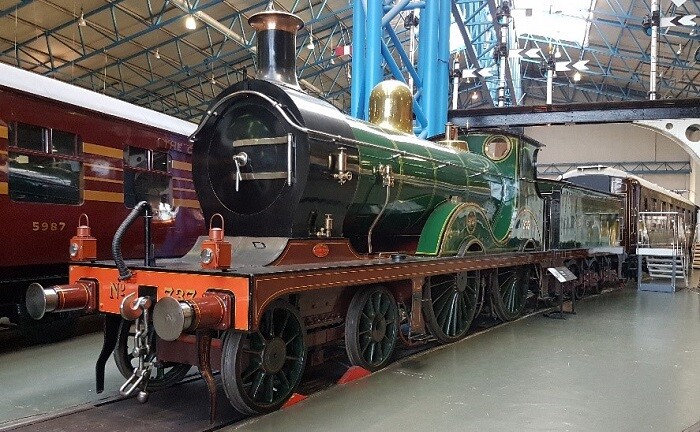 No. 737, as preserved at the National Railway Museum, York.

Six versions have been announced by Rails of Sheffield, with Locomotion Models producing an exclusive of No. 737 in its 'as preserved' condition for its National Collection in Miniature series.

51 'D Class' 4-4-0 locomotives were built between February 1901 and March 1907 during the Wainwright period by the South Eastern & Chatham Railway. The design work for these locomotives was carried out at the SE & CR Ashford Works under the direction of the company’s Locomotive, Carriage & Wagon Superintendent, Harry S Wainwright (1864 -1925). Wainwright held the post from 1899 until his retirement in 1913. However, the design was undertaken by Surtees, who was the SE & CR Chief Draughtsman, having held a similar position with the London, Chatham & Dover Railway before it amalgamated with the South Eastern Railway in 1913 to become the SE & CR.

Visit Locomotion Models' and Rails of Sheffield websites for more information on these models.