The Sheffield-based model retailer and manufacturer marks its half-centennary with a 12T ventilated van from Dapol.

Celebrating its 50th anniversary this year, model retailer, Rails of Sheffield has commissioned an exclusive 12T ventilated wagon from Dapol, painted grey with a contrasting darker grey roof. Tampo-printed logos and gold celebratory emblem add to its character, making it ideal for the collector. 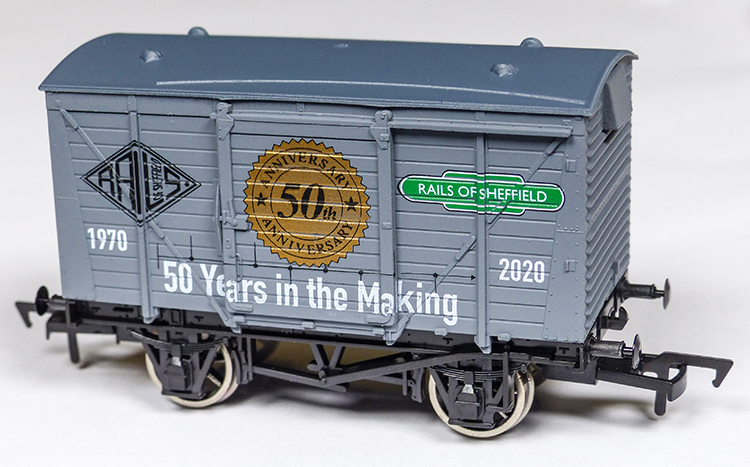 From its origins in the back of Hedley Barber's grocery shop in the early-1970s, Rails of Sheffield has grown into a multi-million-pound retail business, serving customers around the globe.

Founded by Hedley Barber in December, 1970, Rails' early trade was in buying and selling second-hand model railways, which it continues to do. Moving to premises on Chesterfield Road in the early-1990s and expanding into adjacent buildings throughout the 2000s, the business occupies 21-29 Chesterfield Road and more recently, opened a new showroom in 2018. Now manufacturing its own line of products, the retailer feels that its exciting plans for expansion and development will make its second half-century "better than ever".

For current pricing and availability of Rails' new wagon exclusive, visit the Rails of Sheffield website.