Hornby's latest A1 yields greater tractive effort thanks to a die-cast metal footplate – watch it in action.

Tri-ang/Hornby has had a non-streamlined Gresley Pacific in its portfolio for many years, starting in the 1960s with Flying Scotsman in both LNER and BR conditions. Down the years, there have been many different ones, including tender drive, until, in the first decade of this century we were treated to the ‘ultimate’ RTR A1/A3.

This is its latest, with a die-cast metal footplate, meaning greater rigidity than the previous plastic, with the bonus of added weight, and it's generally superb. Watch a video of it in action below:

Checking against drawings and many photographs, the model is spot-on in just about every dimension. 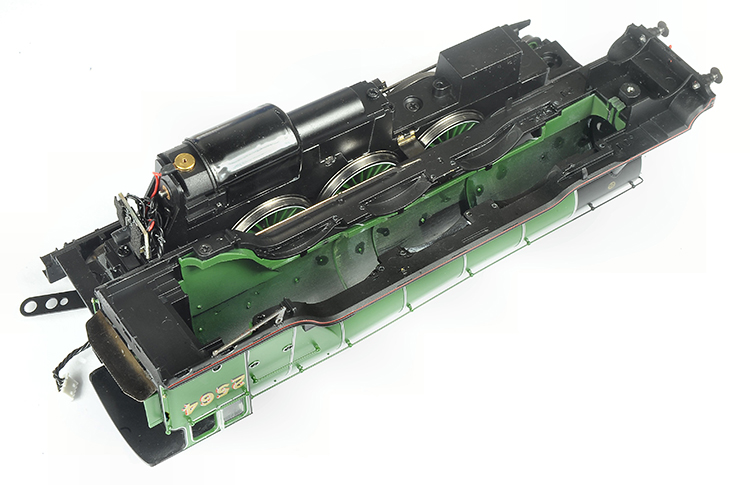 The new die-cast metal footplate is attached to the bodywork with self-tapping screws. The usual, five-pole motor provides more than adequate power.

A perfect example of modern RTR livery-application – superb! Even the boiler bands – the most difficult lining to get right – are as near as possible to scale. Just visible on the front footplate are the two lamp brackets above the RH buffer – a legacy from Great Northern train descriptions; correct detail, but obsolete – full marks to Hornby for prototype observation. 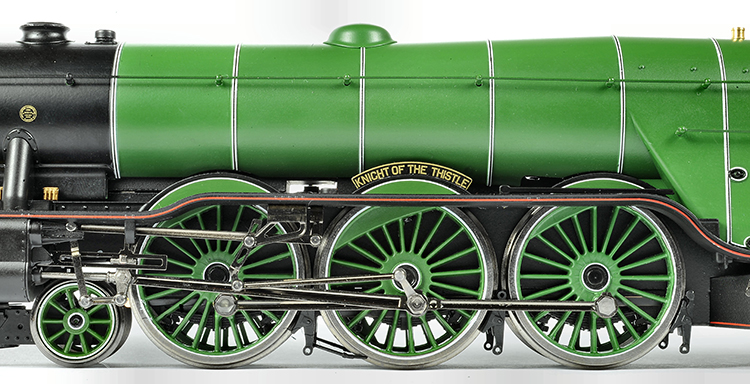 Despite the finesse of the motion, this view illustrates the too-low position of the expansion link and and the front end of the eccentric rod – the pivot should be in line with the top of the axle, not its bottom. Wheel-lining is exquisite. 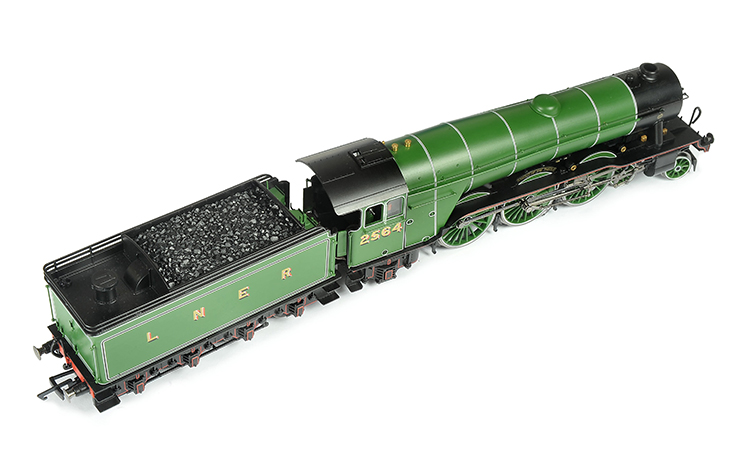 We question the straight reversing lever on the RH-side of the bodywork; NB-built A1s had a cranked lever.

Read more about this model in Tony Wright's review for the May 2022 issue of BRM, on-sale April 21, or download a digital copy from www.pocketmags.com from April 15.

The model is in as new built condition,GN tender no 5274 (new to 2-7-28) short travel valves,type 94 boiler no7786,low cab cutouts,in which case it would not have bucket seats,your right about the reversing lever,at this date it would have the two piece NB type,one other mistake it should not have cab sight screens,they only started to be fitted from Jan 1929,i would give it a 9/10 nice model.