An icon reborn? With 57 years progress between the two, the manufacturer's 'conflat' wagon in a retro livery is re-visited.

Issued in 1965, the Hornby R.561 (ah, three digital codes!) depicted what was at the time 'modern image' – a containerised load on a wagon. Issued with a bright promotional livery of two of Lines Bros brands – Pedigree Prams and Tri-ang, it offered a little advertising.

The history of Tri-ang to the enthusiast is well-known it being the evolution of Rovex Plastics Ltd. Upon its purchase of Hornby Dublo in 1964, and eventually the collapse of the Lines Bros company in 1971, Hornby Railways came into being in 1972, following its rescue by the Dunbee-Combex-Marx group.

Recently celebrating its centenary, Hornby has re-visited its models from the past, offering these where possible – though some being newly-tooled – in retro packaging. Its conflat from 1965 is the latest arrival.

Very sought-after it should be, too. Though the originals from more than half a century ago appear occasionally for sale on the second-hand market, time hasn't treated them with care. 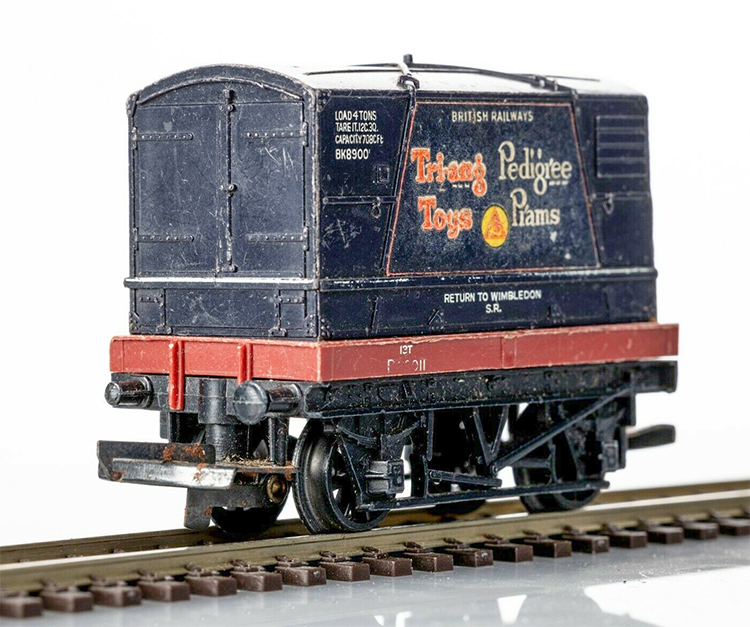 From 1965 and cutting-edge at the time using injection-moulding, Hornby's R.561 Conflat. Today, its wheels would be criticised as being suitable for cutting pizza only, while its detail looks more akin to a narrow-gauge wagon. It remains a firm favourite among collectors, however.

Fast-forward to today's iteration and the changes are obvious – a sheer delight: 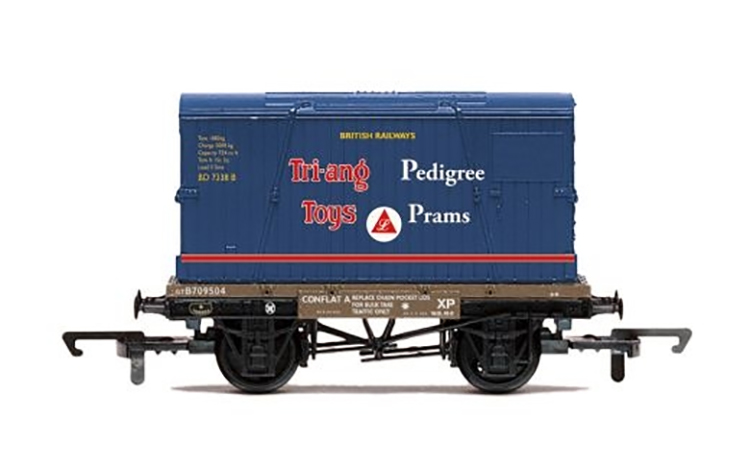 The changes are so numerous as to be almost incomparable. Read the full review in the July issue of BRM, on-sale June 22.