Opened in style on Thursday June 2, with the public renaming of locomotive No. 34027 as ‘Elizabeth II’, many first time visitors descended upon the heritage railway to celebrate.

Under sunny skies, and with a platform packed with onlookers, the SVR Holdings chairman Mike Ball led the speeches on the renaming of Taw Valley to Elizabeth II, complete with its new number ‘70’ and unmissable new purple livery.

Mike paid special tribute to carriage and wagon staff member, Ronan O’Brien, who originally joined the Railway on a trainee scheme. “Ronan led the team very much hands on,” he said, “He hand painted this locomotive which I think you’ll agree, looks magnificent.“

Managing director Helen Smith, Viscount Cobham and Mark Younger of Taw Valley Ltd which owns the locomotive, also addressed the crowd, before Mark revealed the name, and fellow owner Nigel Barnes uncorked a bottle to christen the locomotive with a fountain of champagne, all to the sound of the engine’s unmistakable whistle.

After the official naming, No. 70 Elizabeth was captured on its ascent of Eardington Bank. ALAN CORFIELD

The locomotive wasn’t the only Elizabeth present on the Railway for the bank holiday weekend, as more than 200 Elizabeths attended throughout the event, taking advantage of the SVR’s ‘Elizabeths go free’ initiative. After meticulous preparation, the four-day event showed the SVR at its best with a wealth of attractions bringing smiles to the faces of guests. 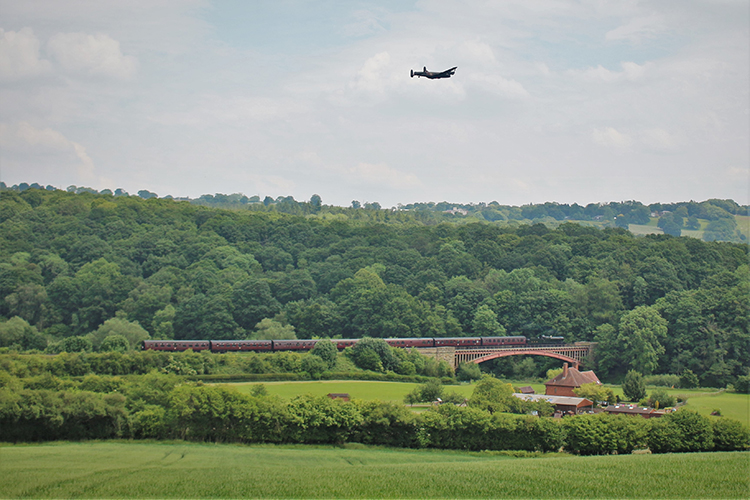 An Avro Lancaster of the BBMF and GWR 2857 pass over Victoria Bridge during the Queens Platinum Jubilee. KEITH WILKINSON

The flypasts by the BBMF Lancaster were a particular highlight, and the Bricklive Paddington exhibition also proved popular with guests, especially after the beloved bear’s televised meeting with the Queen!

Ticket sales were reportedly excellent, with nearly 5,000 visitors, and larger-than-expected sales in cafes, pubs and shops. There was also extensive coverage on local and national news, including the BBC One Show. Post-visit survey results showed that 71% of visitors had come with the specific purpose of seeing the purple locomotive, and 41% of them had never visited the SVR before.

“Whilst this weekend was a little bit ‘out there’ when it comes to our usual heritage offer,” said Michael Dunn, head of visitor experience, “Consumer demand is changing and weekends like this one offered access to a new group of people who wouldn't usually come. I am confident they will return to the railway in future, and that we have engaged with a new generation and type of enthusiast. 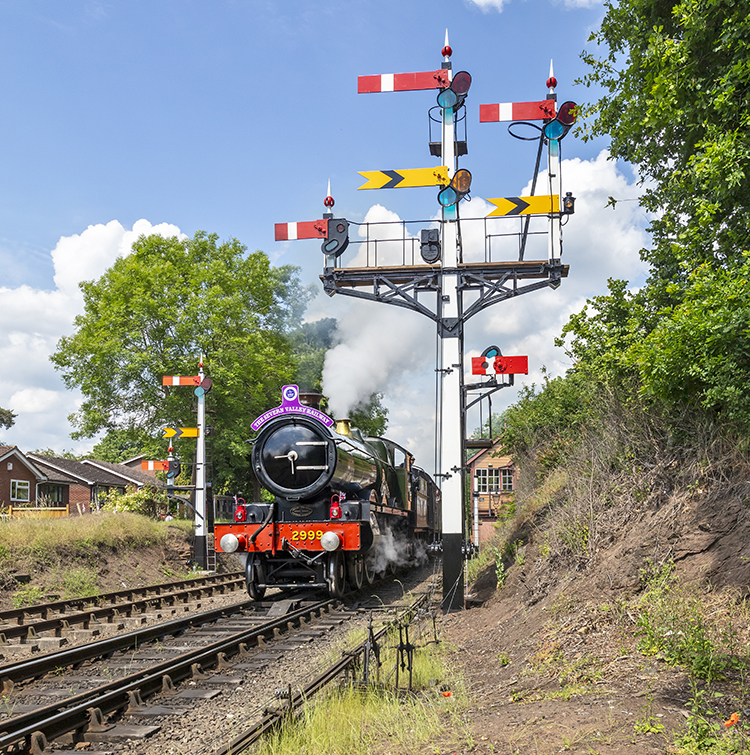 No. 2999 passes Bewdley south with its purple headboard during the QPJ weekend. BOB GREEN

“The publicity we have received will feed into a much bigger result over the coming weeks and months and allow us to fight against current short-term challenges and build a stronger foundation for our long-term aim, which is to continue raising funds to put back into the heritage preservation that the Severn Valley Railway is renowned for. Being brave enough to do something ‘different’ as a united SVR Family will benefit us in the long run.”

For details on current and future events taking place at the Severn Valley Railway, visit its website.