Designed in-house and exclusive to the model shop, these 1:148 scale 3D-printed containers represent the 'BM' type as commonly used for the transport of meat.

Osborns Models has revealed a new 3D-printed container, designed to fit N gauge conflat wagons. Based around the BM type, commonly used for the transport of meat from the 1930s, each unit is supplied unpainted. 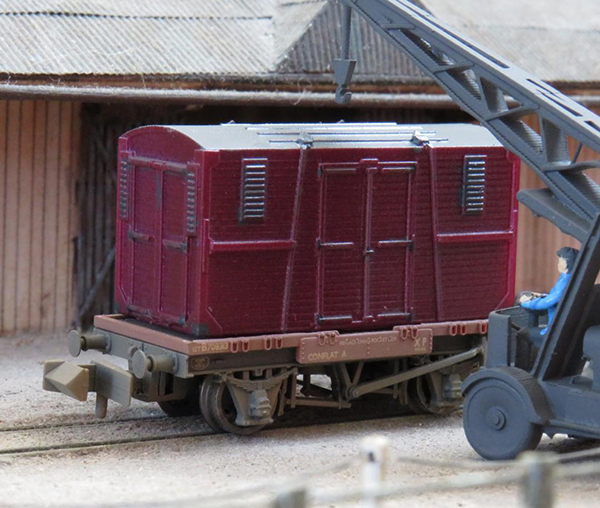 By the 1930s the container had proved its worth, the LMS, LNER, GWR and SR using them for furniture removals and for the transport of higher value cargo. One of the big successes for the railway container was the shipment of meat. Although the railways continued to build vans for the carriage of meat, the 'BM' containers dominated this trade from the mid-1930s onwards. It wasn't uncommon to see several of these in a fast express goods train rake. British fresh meat was shipped hanging from hooks on racks in these ventilated containers. Their use continued well into British Railways days.