The model retailer reveals images of its CAD modelling as proof of progress, with customers anticipating a delivery in 2021.

First CAD images of Rail's of Sheffield's exclusive 0-6-0 Caledonian Railway 812 Class locomotive, being manufactured by Bachmann have been released by the retailer.

Rails of Sheffield has said that subject to small amendments, the CAD design is complete and first EPs are anticipated early next year. The manufacturer anticipates livery samples will arrive towards the middle of next year for a delivery of models around late-2020 / early-2021.

The model project has received help from the Caledonian Railway 828 Trust, owners of No. 828, who provided facilities and encouragement to turn the project into reality. 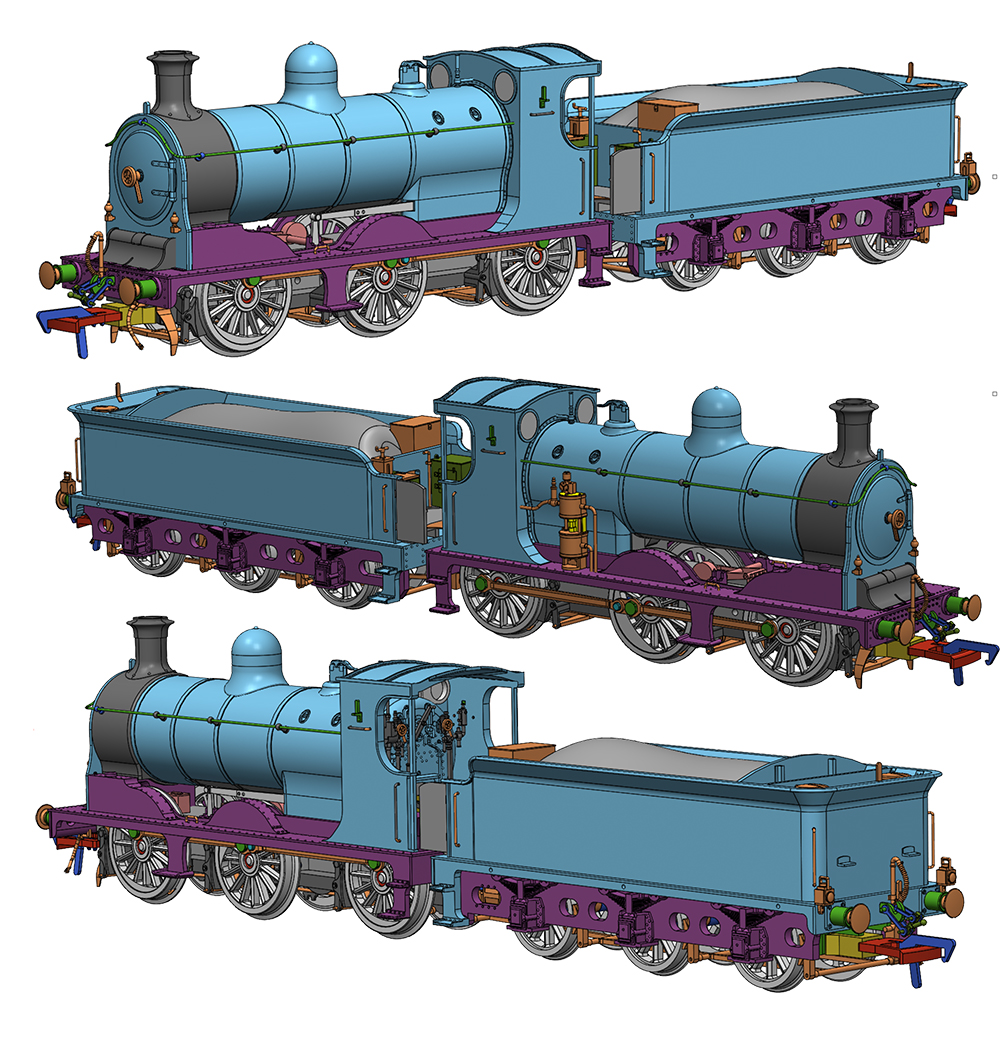 Rails of Sheffield is producing five versions, covering the lifespan of the class from its introduction to preserved members: