Round one, "Waiting for a train" results for the Cake Box Challenge.

Modeller Mark Purle has won the public vote in the first BRM Cake Box Challenge of 2019 with his diorama "Oh Bullocks".

The competition asks entrants to build a scene that fits in a conventional 8-inch square cardboard cake box and incorporates at least two railway items in the display.

For 2019, there is a theme for each round that the builders should bear in mind. For the January to March competition, it is "Waiting for a train".

Mark's model shows a steam-era cattle dock with an irate farmer concerned that his prize cattle won't make it to the county show in time for judging. The stationmaster is doing his best to placate the man while the beats are loaded into their truck for transport. 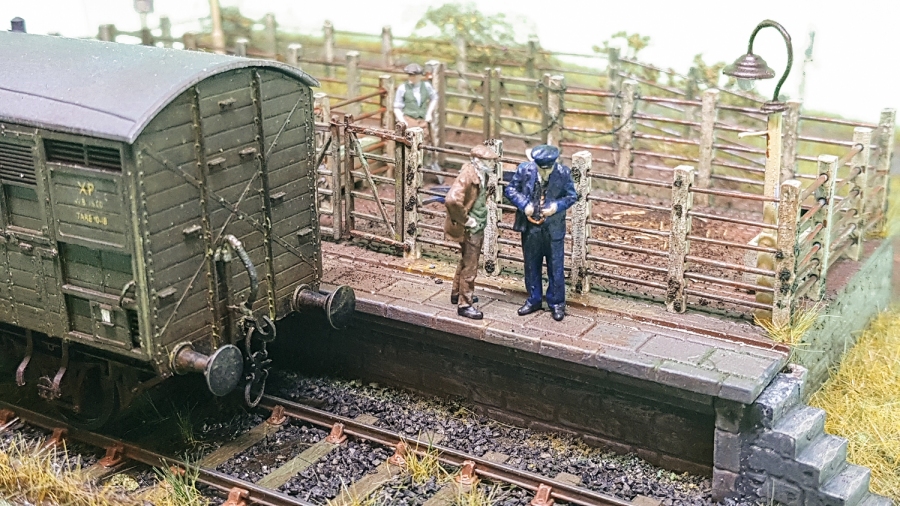 Mark has employed many impressive modelling techniques in the small space allowed under competition rules.

The cattle dock is a Ratio plastic kit which has been set into realistically modelled terrain. The muddy patch surrounded by electrostatic grass is particularly effective as is the slightly overgrown track so common to branch line railways.

Voting took place in the run up to the Easter weekend and the competition was tight with all entrants winning votes from the public.

Mark wins a selection of scenic products from Hornby. 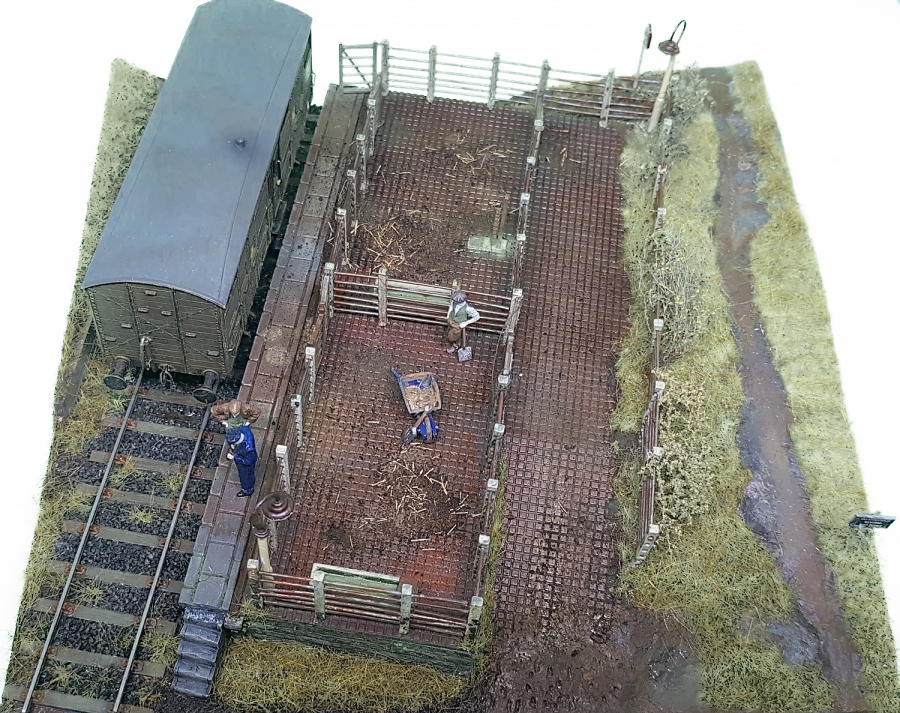 All the entries can be seen here.

The next round of the competition can be found here, with the theme "New Beginnings". Voting takes place in July so you have plenty of time to get started on an entry!