Locomotion Models updates us on its forthcoming 'Deltic' diesel locomotiive model in OO gauge, tooled by Accurascale, with a promising sound specification.

The 'Deltics' - a class of East Coast Main Line diesel-powered 'race horses', that provided new levels of speed and reliability for passengers, comfort for drivers, with an outrageously-addictive sound track. For many, memories of these locomotives in the 1960s and 1970s are strong and the quest for the ultimate RTR model in OO gauge continues apace. Locomotion Models, the National Railway Museum's model retail arm comissionned Accurascale to produce models of 55002 Kings Own Yorkshire Light Infantry as part of its National Collection in Miniature series.

Accurascale said "One of the areas that is of most interest is the DCC sound we are installing. As you can see in the image below, we are as good as our word and installing a twin speaker system, depicted by the arrows. The red area is our main speaker, a nice meaty affair, very similar to the EM2 speakers finding favour with many modellers." 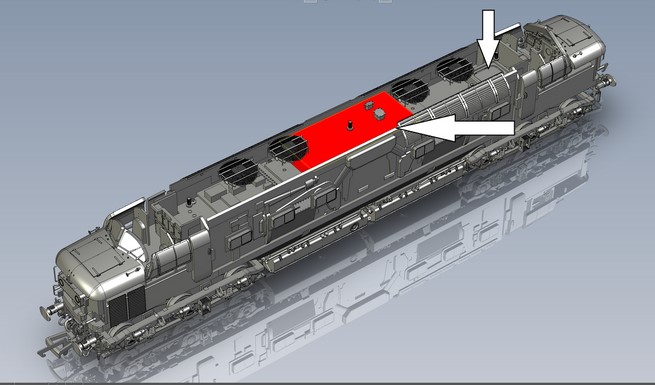 "The second arrow points to a sugar cube affair, similar to speakers found in high-end smart phones, which will deal with the high end frequencies. This is on the recommendation of the sound engineers of ESU, who have been instrumental in perfecting this sound project. You may have to warn your neighbours in advance when you receive your sound fitted Deltic, as it's going to be LOUD!!!" 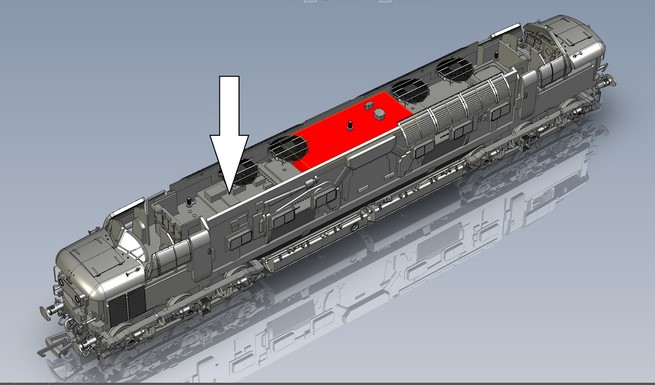 The placement of the chip is highlighted by the arrow above. It's a 21-pin interface which will be fitted with the latest ESU Loksound 5 chip for the DCC sound variants, offering a vast array of sound and locomotive functions. Of course, if you are on DC only, the DC locomotive will function perfectly. The DCC sound locomotive will also work and provide locomotive sounds, but this will be limited to engine sound only. Installing your own chip for DCC fitting without sound, or your own sound file will also be very easy, with simple body removal and plug and play functionality. 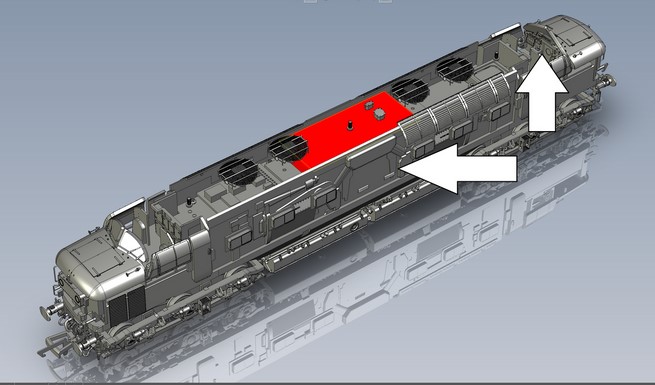 With six body side windows on each side of the Deltic, the manufacturer wanted to recreate the classic sight of the Napier engines behind the glass which can be seen by enthusiasts standing on the platform edge. A fully-detailed cab interior will feature back-lit cab gauges and cab lighting, fully functional with DCC or switches underneath for DC users. 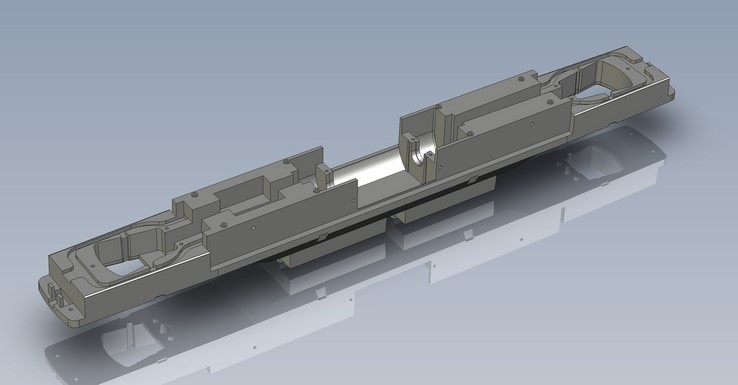 Above is the naked tungsten alloy chassis frame, without the 'costume jewellery' added. It is more dense than mazak, so it weighs more. Accurascale claims it will make a heavy locomotive for greatest tractive effort, while using less space so they can add big speakers, cab and engine room interior and a large, skew wound, five-pole motor with twin flywheels.

Accurascale's 'Deltic' is expected to arrive in November 2019. Its exclusives of the NRM's 'Kings Own Yorkshire Light Infantry' in two liveries are available to pre-order via its website: www.locomotionmodels.com