Hornby SkaleAutos are important - here's why A new range of die-cast vehicles for layouts, is available at your local Hornby stockist. Let's take a look...

How fresh that Hornby is introducing a range of vehicles for layout owners via its retailers. Announced late last year at its press preview day, the manufacturer has teamed up with Oxford Rail, to offer a range of die-cast 1:76 scale road vehicles suitable for layouts from the 1900s to the present day. Named SkaleAutos, the new range offers a variety of ready-to-plant vehicles painted and detailed with transfers. All you'll need is a street on your model railway to create a great scene.

A surprising number of model railways require diecast vehicles, simply because roads and railways are inter-linked in many ways. From overbridges to underbridges, a town scene or rural country lane, most layouts can justify a road vehicle, and they can instantly date a model scene.

This new range of road transport models from Hornby ranges from small commercial vehicles, to a traction engine, a tractor and a taxi and is expected to expand. It's part of Hornby's new plans to rebuild its marketplace share and offer railway modellers other staple products that are often used when building a model railway, including a new range of scenic accessories and model figures, too.

For these new vehicles to look their most realistic, our advice would be to weather them with a spray of matt or satin varnish to dull the gloss sheen of the paint, but don't forget to mask windows first! If you've a number of roads, car parks or MotoRail wagons to fill, take a look at the range on the Hornby website or visit your local model shop. Create the street scene your layout deserves! 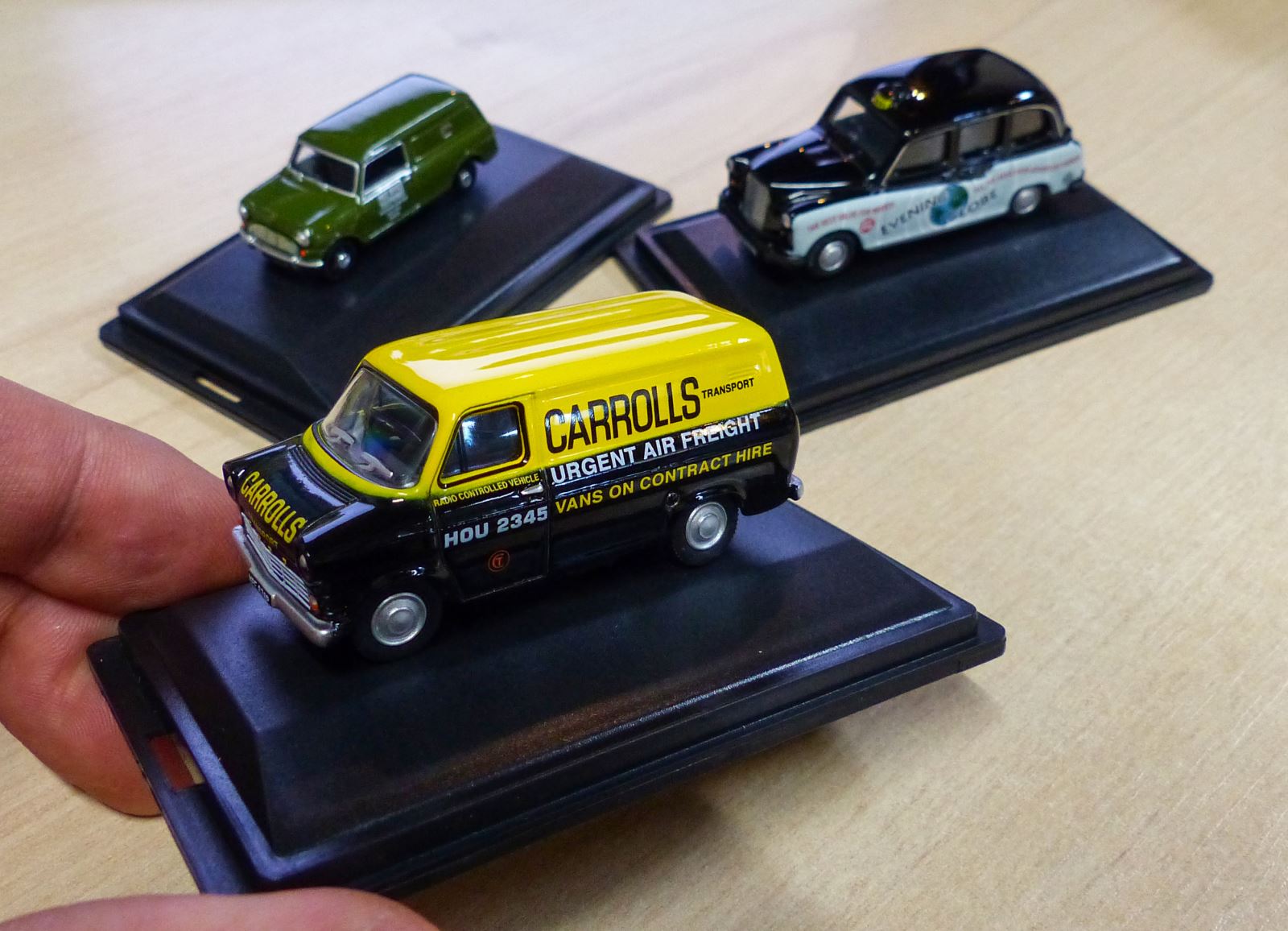 Here is a behind the scenes tour of Hornby's visitor centre on its press preview day at Margate, last year, for a look at its new 2019 range models.