Hornby Hobbies has opened a pop-up shop at London St Pancras International railway station, which will be trading until Christmas.

Travellers departing or arriving at London's St. Pancras International Railway Station will be greeted by a small Hornby pop-up shop until Christmas 2019. Open seven days a week, between 07:00 and 21:00 the temporary shop near Eurostar Departures will feature products from Hornby Hobbies’ brands - Hornby, Scalextric, Airfix, and Corgi. Its Coca Cola, Flying Scotsman and Eurostar train sets will be available to purchase.

Corgi is offering a range of film and TV die-cast models, from British classics such as the London bus to The Beatles Yellow Submarine and the James Bond Aston Martin DB5. The die-cast Harry Potter Hogwarts Express will also be on display next to the station which famously homes Platform 9 ¾.

Scalextric will be offering a range of sets and cars from Looney Tunes, Wacky Races and Justice League, with sets that feature loops and half pipes! Racers will have the chance to race as their favourite Caped Crusader, Wonder Woman or Man of Steel, or recreate their own Wacky scene in the Mean Machine or Compact Pussy Cat. Airfix Quick Build will also be available - a range of simple, snap-together models, suitable as an introduction to modelling for children aged five and above. 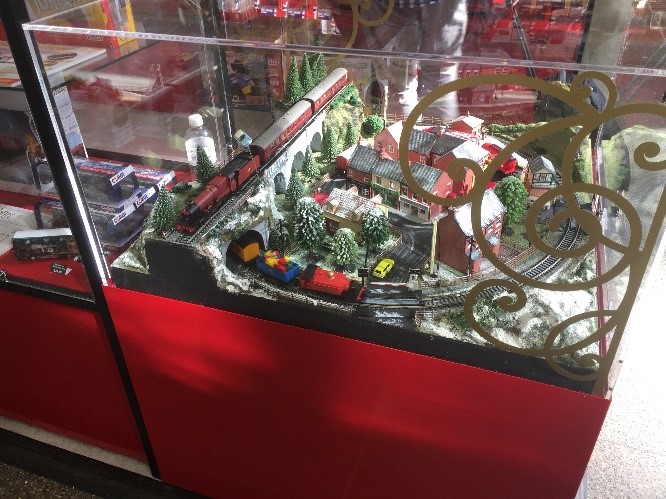 A sample of some of the items from the Hornby range, on display to passing travellers.