The Chirk manufacturer is quick to update us on progress with its 14XX 0-4-2T locomotive and 8T banana van.

Dapol has taken delivery of two more decorated samples of its forthcoming O gauge 14XX. Dapol has been clear in stating that these are decorated samples and hence are subject to review by its design team and where necessary, may change or be corrected. Its model of 1401 is a Dapol Collectors Club special edition model and only available to club members. For more information on how to join its club, visit its website or enquire at its stand at exhibitions. 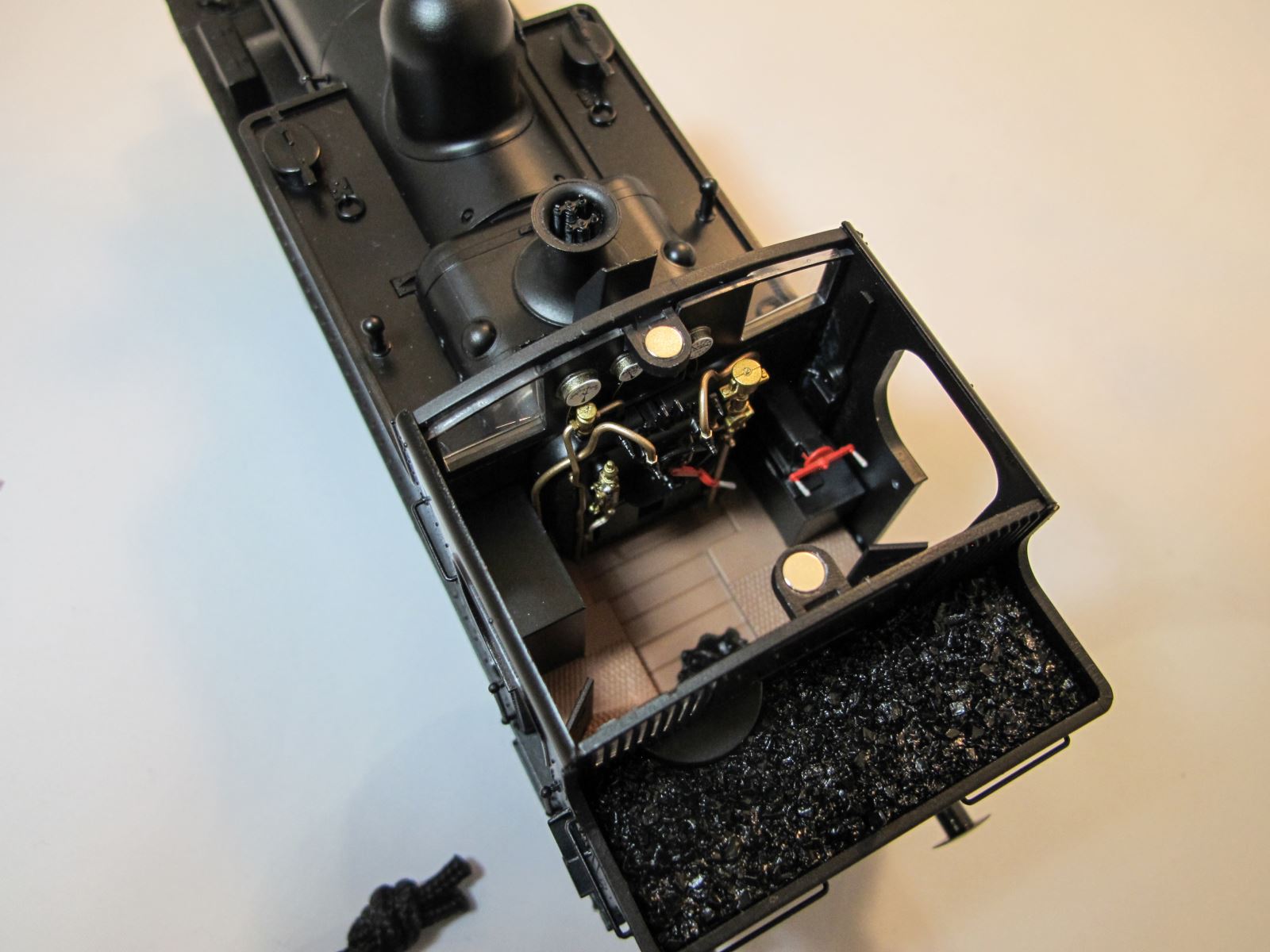 A view of the interior of the cab, minus roof held in place with magnets, allowing a view of the detailed and painted controls and dials.

The 14xx was a GWR tank locomotive designed for branch line passenger and freight work. Although the design is attributed to Collett, much of the actual locomotive was derived from the earlier 19th century George Armstrong-designed 517 Class. Entering service in 1932, 75 were built and ran well into the 1960s with four surviving into preservation. An autocoach was often combined with a 14XX on many branch line operations. The driving cab on the autocoach meant that the locomotive could be controlled from there and negated the requirement to run the locomotive round at the end of the journey. This format was known as a push-pull train. The Dapol 14xx and autocoach will complement each other on most any GWR-based layouts.

The models are expected to arrive in November/December, 2019. 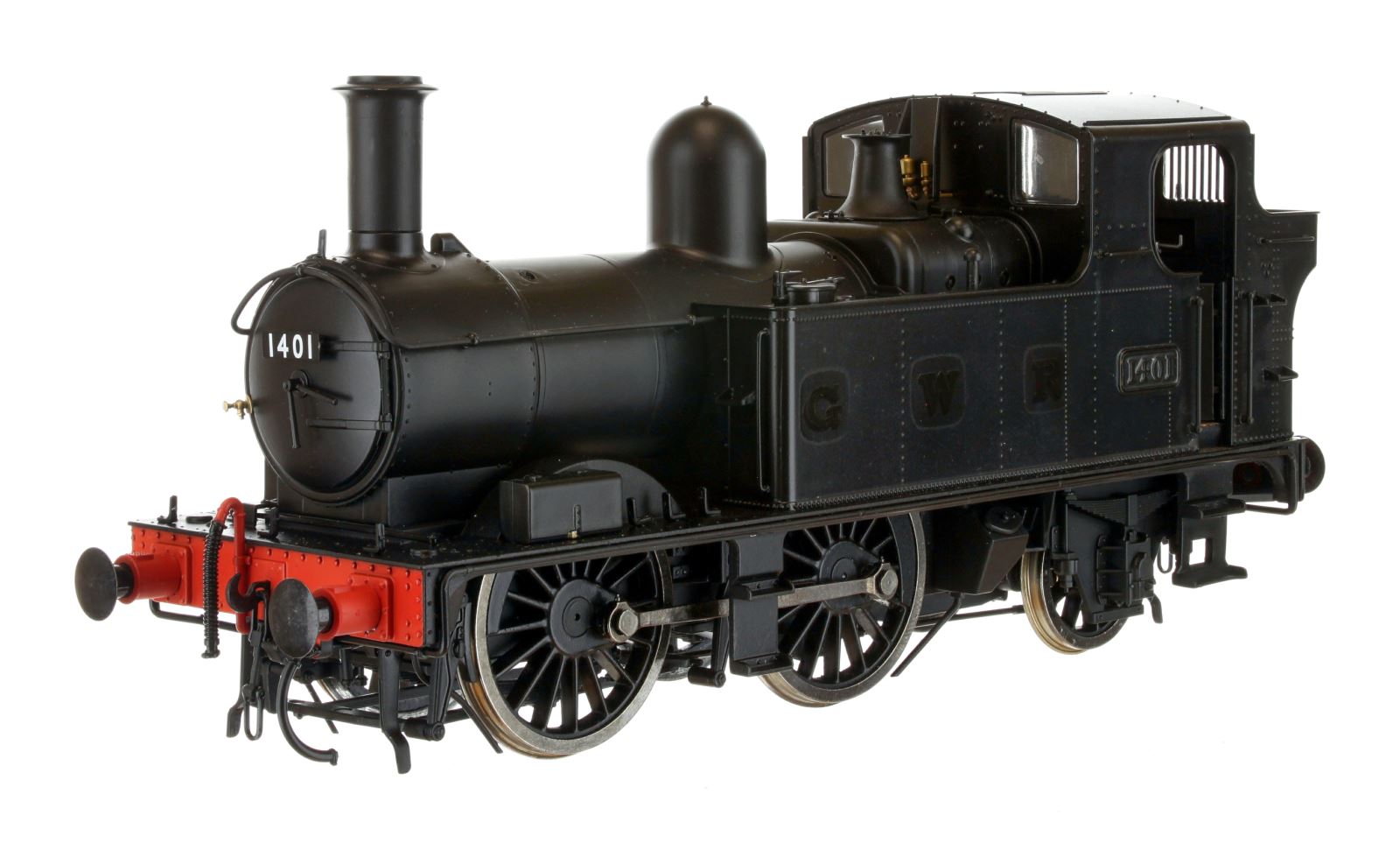 A decorated sample of its model of No. 1401 in black, subject to possible revisions.

In other news, decorated samples of its forthcoming Banana Van for O gauge have also been received, demonstrating that this project is progressing on schedule for an expected delivery for Christmas 2019. The models are also subject to design alterations: 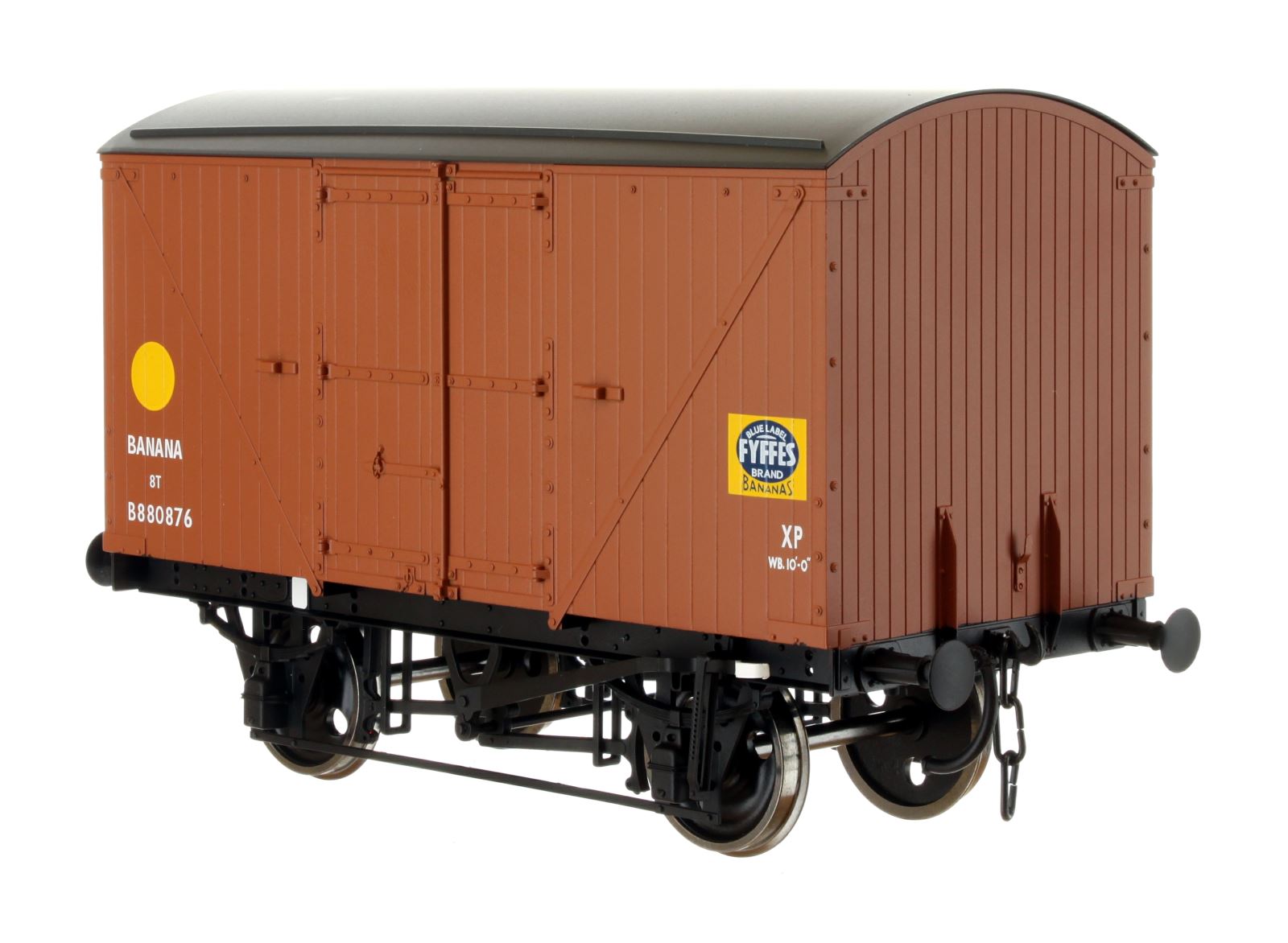 The 8T banana van presented here with 'Fyffes' branding as B880876. 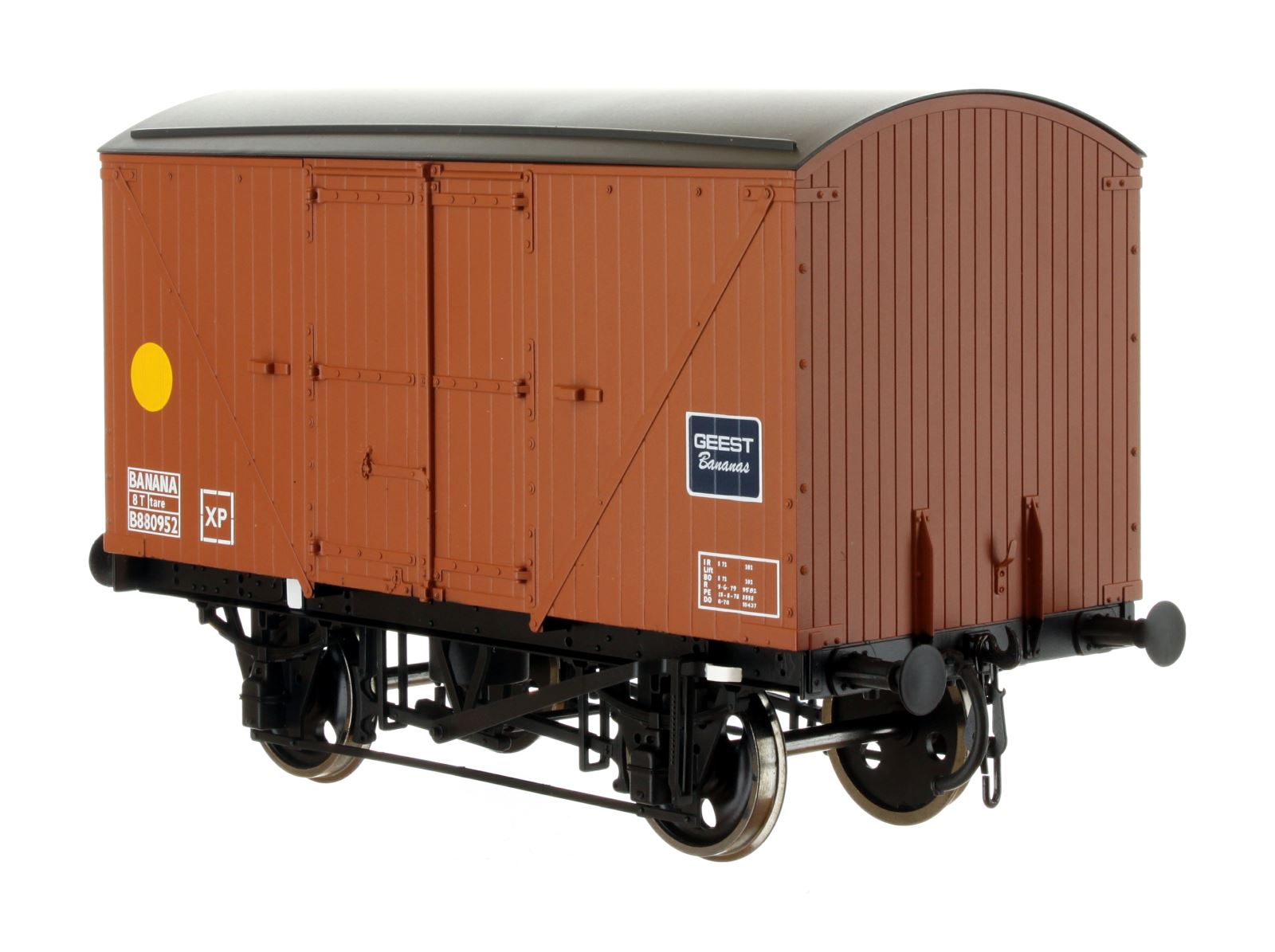 The same tooling with 'Geest Bananas' branding as B880952. Note the data panel.

For more information on both these models, visit its website.