They were announced eary because of a press leak, but we now have pricing. Here's what a rake of OO gauge RTR Mk. 5 coaching stock will cost...

Accurascale's OO gauge Mk. 5 coach project is early in development and was launched earlier than expected this month from a press leak (not via BRM we're proud to say...). The manufacturer was waiting for prices from China following Chinese New Year when the news broke, so it was unable to confirm final prices. These have just been released on its website as follows:

The manufacturer is providing packs of sleeping cars to make up a full 'Lowlander' and a full 'Highlander' rake and will have a bundle deal for this on its website shortly. It has declared a deposit scheme of £30 per pack to reserve orders. More information can be found on its website.

The Mk. 5 and Mk. 5A coaches are the designation given to new locomotive-hauled coaches built for operation by two railway-operating companies in Great Britain: Caledonian Sleeper and TransPennine Express. 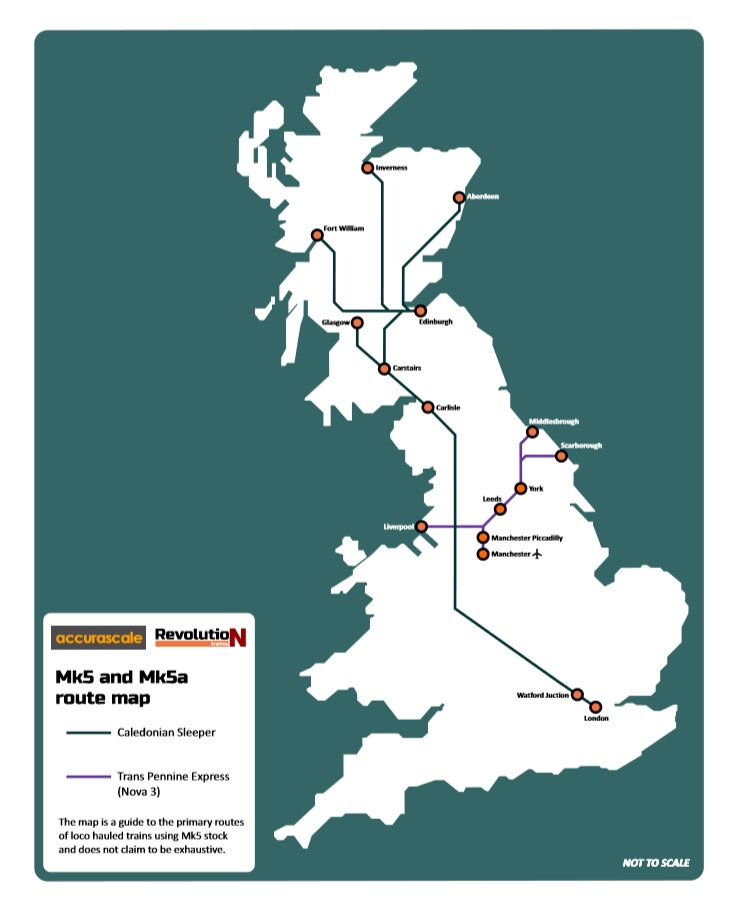