CAD artwork for the Irish manufacturer's Class 92 is complete and heads to China for tooling.

Accurascale, the sister brand to Irish Railway Models, has informed the model press and its customers that its forthcoming model of the Class 92 dual-voltage electric locomotive is in tooling. Signing off the CAD artwork this week, the manufacturer has sent its files to China where the model will materialise.

Commenting on images of the artwork released, it said "The roof detail in particular has been where our desire and passion shines through. We were adamant that we would do these complex beasts justice and for that to happen we had to ensure that the roof features all the precise detail as per the prototype." 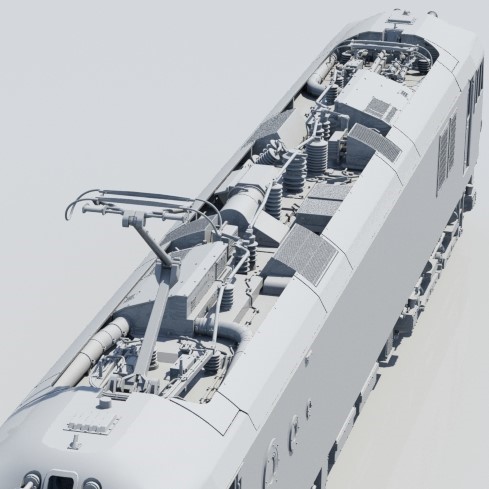 Accurascale has developped a solution for its Brecknell Willlis pantograph, which will allow it to raise and lower via DCC. Sound models will be fitted with an ESU Loksound 5 decoder, but the pantograph can be made operational with non-sound DCC decoders with the correct amount of functions.

The Class 92 is a dual-voltage electric locomotive capable of running on 25kV AC from overhead lines via pantograph, or 750V DC from a third rail. It was designed specifically for operation through the Channel Tunnel between Britain and France and are classified CC 92000 on French Railways. Since introduction in 1993, the fleet of 46 locomotives has been allocated to freight, however six of the class now operate the Caledonian Sleeper service between London and Scotland.

Accurascale is producing a range spanning the locomotives' lifespan. For the latest Caledonian Sleeper colour scheme, it is also manufacturing the new Caledonian Mk5 Coaches. Models will feature dual motorised Pantographs, running on a tungsten metal chassis with provision for sound and DCC control.

With the prototype locomotives now beginning to operate with the new Mark 5 Sleeper coaches in service they will be grabbing the headlines as one of the most popular locomotives on the network for years to come and are sure to be desired by modellers of operations since the mid 1990s to the latest developments on the real railway. Visit its website for more details.