Bachmann Europe has shared its latest model plans in its Summer 2022 announcements.

There are new models and liveries from Bachmann Branchline and Graham Farish, many of which have been high on the list of consumer requests in recent times, whilst the Scenecraft range of hand-decorated, fully finished buildings, structures and accessories also see various new additions and the return of several popular items.

In OO scale, after the huge success of the range released last year, the Class 90 is to be offered in three new liveries; EWS, Rail Express Systems and Freightliner G&W. All three liveries are available in standard or sound fitted format and are fitted with a finely-rendered Pantograph, which can be raised or lowered via the built-in servo motor when operated on DCC.

It's important to note that when fitting your own decoder, these new Class 90s should be fitted with Bachmann’s latest Class 90 DCC decoder, item number 36569a. There have been global delays in the components needed to make decoders, but Bachmann is hopeful they will be available this month. 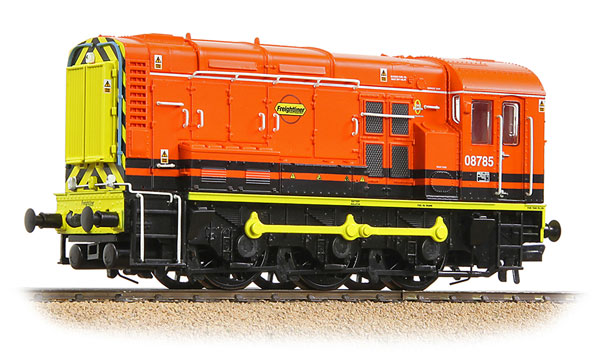 With new versions of the Class 419 Motor Luggage Van (MLV) due this Summer, sound-fitted models were today unveiled marking the first time that a Bachmann Branchline Electric Multiple Unit (EMU) has been offered with this popular feature.

The popular LMS 50ft Inspection Saloon is back for summer 2022 and this highly-detailed model will be available in its original condition carrying LMS Crimson Lake livery, BR crimson and cream, 1980s Intercity (Swallow), the latter is expected to be particularly popular after its success in N gauge.

Headlining the new product announcements in the Graham Farish range is the addition of sound-fitted versions of the Class 60 diesel locomotive. The eagerly-anticipated upgrade means all the Graham Farish Class 60s now benefit from a pre-fitted speaker and Next18 DCC decoder socket, while sound-fitted models are fitted with a Zimo MX659N18 sound decoder. Alongside these sound fitted additions, a new model in DB Schenker, Army Red livery has been revealed.

A Loadhaul Class 37 and InterCity Swallow-liveried Class 08 will also join the Graham Farish range, the latter also being offered with sound fitted, while the accessory range has been boosted, most notably with the addition of various types of wagon and coach bogies. 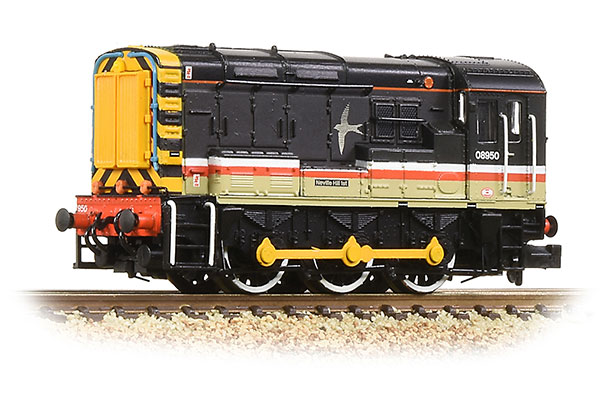 The first N scale Sales Area Exclusive models were also announced today; this initiative supports Bachmann’s valued network of retail stores and has seen various OO scale models released in recent years, each being available only from retailers in selected areas of the country. Expanding this initiative, the first Sales Area Exclusive models to be offered in N scale are four Class 37 diesel locomotives, each depicting locomotives never before modelled by Graham Farish.

Following the celebrated arrival of the EFE Rail motorised London Underground 1938 stock earlier this year, a second model has been announced, this time in Bus Red livery with white roundels and car numbers, as applied to units selected for a life-extending Extra Heavy Overhaul, which was undertaken at the London Transport Works in Acton in the 1970s.

The four-car model represents set number 136 working to Watford LMR. Both driving cars on the model are motorised, with a Plux22 DCC decoder socket in each, plus space for a sugar cube speaker to be fitted. Interior lighting is present in all four vehicles.

For OO9 scale, the ubiquitous Slate Wagons make a welcome return from Bachmann Narrow Gauge and these are joined by two new Narrow Gauge Corrugated Station buildings from Scenecraft. There are new models from Scenecraft in N and OO scale too, with the N scale Low Relief Industrial Unit and the OO scale Seaside Shelter just two of the highlights.

For O scale, a new Site Office will prove useful for many applications. The new items announced today are currently on course to arrive with retailers during the next three months and with some already in stock, distribution of these will begin next week.