Heljan reveals a new version of its Class 26 'Bo-Bo' for OO gauge at Model Rail Scotland, enabling production of the 26/1 variant with car-style headlights.

Heljan is introducing a new version of its popular OO gauge Class 26 to fill a significant gap in the fleet. In response to demand since the announcement of its new O gauge Class 26/1s with twin car-style headlights for working the Far North Lines, a new OO gauge model will also be released with twin car-style headlights, as fitted by Inverness depot for Far North Line operation in the early-1970s and retained until the mid-1980s.

The new models are the first stage of a revamp of its OO gauge Class 26/1 which will also include mechanical, detail, DCC and electronics upgrades to meet the expectations of modellers in the 2020s. New features include separately switchable headlights, marker/tail lights, cab and engine room interior lights, a 21-pin DCC interface with easy access through a removable hatch in the roof, plug-and-play DCC sound capability and a wealth of new details to bring the model up to the latest standards. 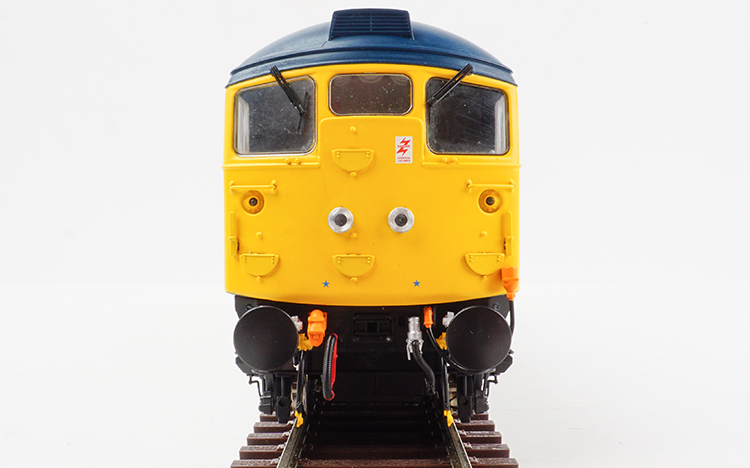 O gauge Class 26/1 with car-style headlights for illustration only.

The Inverness locomotives are expected to be joined soon by a wide range of upgraded Class 26/1s covering the entire BR career of the hugely popular BRCW Type 2s from the late-1950s through to withdrawal in 1993. An upgraded Class 26/0 variant is also planned and will follow later. Details of the other new Class 26/1s will be confirmed later this year.

Both models will also feature the early style circular radio pods fitted to Class 26s to improve communications when operating over the long and isolated Far North line routes from Inverness to Kyle of Lochalsh, Wick and Thurso.

For further details and to secure your order, visit your local Heljan stockist.