National Railway Museum Class 37 to go back in traffic A first-of-its-kind Class 37 locomotive is to go back into traffic at the Great Central Railway after a loan move has been agreed between the National Railway Museum (NRM) and the Heavy Tractor Group (HTG).

British Rail Type 3 D6700 joined the museum’s collection in July 2001 after it was donated by the English, Welsh & Scottish Railway following its withdrawal from service, but will now feature on the Great Central Railway, based at Loughborough, under the new agreement.

The loan partnership between the NRM and Heavy Tractor Group will see D6700 receive final maintenance and re-painting at HTG’s industry partner, Loram UK, to allow it to go back into service.

Once complete, the locomotive will operate at the Great Central Railway on a rota basis and at diesel galas hosted by the railway.

The NRM has agreed a five-year operational loan for the 62-year-old locomotive which was built by the English Electric Company in Newton-le-Willows.

“We’re really happy to see this wonderful locomotive head back into traffic at the Great Central Railway thanks to our partnership with the Heavy Tractor Group. Class 37 locomotives are very special to lots of people, and it’ll be great to see our engine back in full working order so that it can be enjoyed by visitors to the railway.

“We’re really grateful to the HTG and Loram UK for their commitment to preserving the locomotive so that it can continue to inspire wonder for generations to come.” 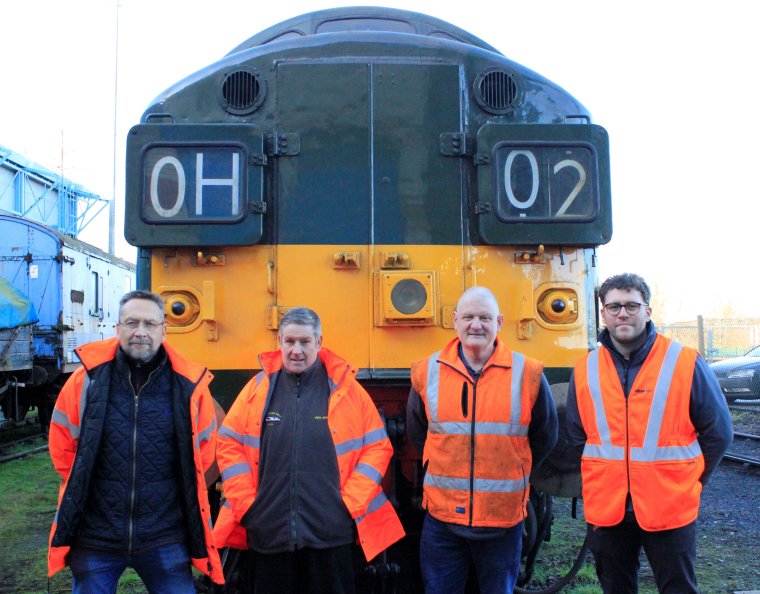 The Heavy Tractor Group acquired another Class 37 locomotive permanently in 2017 after they agreed to buy no. 37714 from Direct Rail Services after initially loaning the vehicle.

Andy Gillett, Chairman of Heavy Tractor Group, said: “The Heavy Tractor Group are privileged to have been awarded custody of D6700. The engine, along with 37714, tells the complete story of the Class 37 from original condition through to the refurbished heavyweight version.

“Our industry partner Loram UK has been closely involved with the loan application, providing valuable assistance with the move and their excellent maintenance skills will ensure that the locomotive will enter its next chapter at the GCR in superb condition.”

The loan of D6700 also allows for the museum’s Masterplan to develop over the next few years which will include a brand-new exhibition space, Central Hall, a Wonderlab interactive gallery, and much more.

Over 300 were built and were widely used across the network on passenger and freight trains, with a small number remaining in mainline service today.

During its time under the museum’s care, its volunteer diesel team has helped to look after and maintain D6700. Heavy Tractor Group has given the team the opportunity to continue to be active in the locomotive’s upkeep throughout its loan.

Traction magazine is a celebration of classic diesel and electric locomotives. A bi-monthly publication that includes articles by drivers, railwaymen and enthusiasts. You’ll also find a Traction Modelling section. Most articles are UK-based but you can expect some from Europe. Subscribe here.