Model locomotive collection to be auctioned in aid of heritage railway A Leicestershire-based auction house is offering the chance to acquire locomotives from the collection of one of the area’s most prominent model railway enthusiasts.

Gildings Auctioneers is offering an extensive collection of over 70 locomotives in its upcoming live steam auction. Taking place exclusively online owing to Covid-19, bidders will need to visit its website on Tuesday, August 18.

The collection forms part of the estate of Kenneth Abbott and is made up of locomotives by many leading model manufacturers such as Accucraft, Bachmann, Aster and Locomotive Works. It is rare for a collection of this scope to come to auction, and the proceeds of the sale have been bequeathed to the Welshpool and Llanfair Light Railway. All lots are to be offered without reserve. 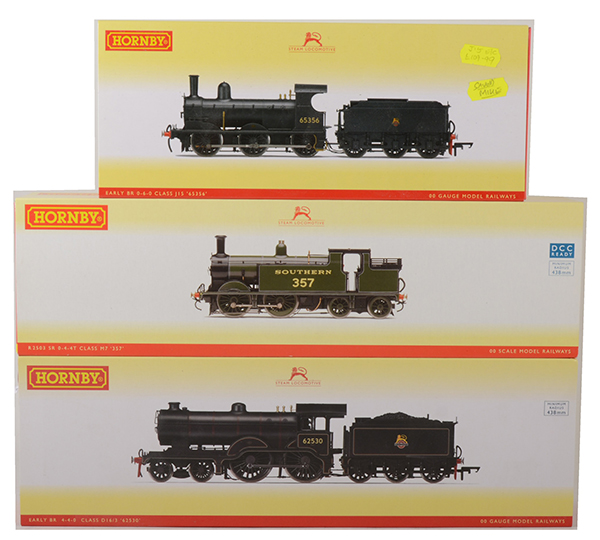 "We are excited to offer this fantastic collection of live steam train locomotives to auction," commented Gildings' model railway specialist, Andrew Smith. "The extensive collection dates back to the 1990s and includes passenger coaches, wagons and accessories in mostly Gauge 1 or garden scales. It includes both pre-built models and kit-built models, with each representing a time-consuming project requiring considerable skill and experience. Each part of the collection was produced in small collectable numbers."

The proceeds of the sale will benefit the Welshpool and Llanfair Light Railway, built in 1903 to link farming communities with the market town of Welshpool. Following its closure in 1956, in 1963 a group of enthusiasts began the process of reopening the line. Today it is a treasured tourist attraction that relies on private support for its upkeep.

Kenneth Abbott was a prominent member of the Leicester Model Railway Group and exhibited and ran his locomotives all over the UK. As a result, the majority come in handmade wooden cases for transportation and protection and their condition has been maintained.

Part 1 of the auction will be devoted to Gauge 1 and G scale locomotives and accessories. The sale will include kit-built and pre-built models, passenger coaches, wagons, tracks and parts. A good number of Aster models will be available, including The Royal Scotsman and other iconic locomotives from the steam era. Collectors will also have the chance to bid from a selection of Garden Railways by LBG, including electric diesel locomotives, steam locomotives, freight wagons and observation coaches.

Part 2 will focus on OO gauge locomotives, with the chance to acquire items from Kenneth’s large collection of steam and diesel locomotives and passenger coaches. Many are DCC-fitted and are mainly unused and in their original boxes. Makers include Hornby, Bachmann and Mainline.

A catalogue of models will be available on its website shortly, where bidders can register their interest.