The Wythall Miniature Railway, operating within the grounds of the Transport Museum Wythall, is to hold its first 'Standard Gauge Running Day' on Saturday, August 21, offering miniature train rides for families.

Owned by members and friends of the Elmdon Miniature Engineering Society (EMES) who operate the railway, locomotives present will include an LMS 'Black 5', GWR 'King', GWR ‘Dock tank’, GWR 'Prairie' and a Southern Railway Q class. Other visiting locomotives are expected.

This is the first ‘standard gauge’ event run by the railway, which normally operates replica and freelance-designed narrow-gauge steam and diesel locomotives on its public days. The locomotives present are steam-powered masterpieces of miniature engineering and operate just like the real thing, hauling a mixture of freight and passengers. 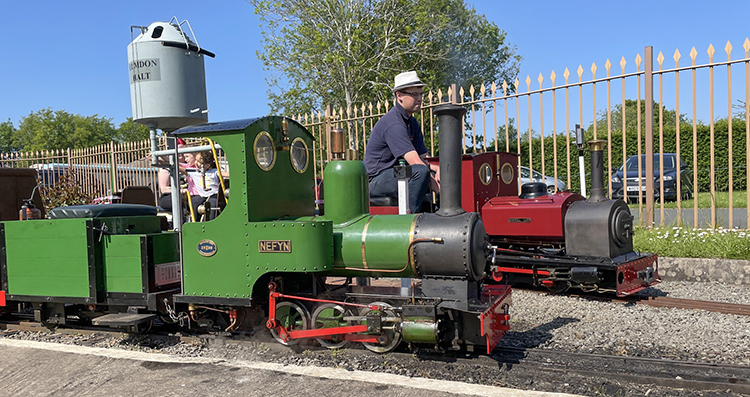 Normally, the miniature railway operates narrow-gauge outline models, as pictured, but this day will mark its first in operating standard gauge locomotives.

Reece Greenstreet, EMES Chairman, said, "Here at Wythall we pride ourselves in delivering a great miniature railway experience for children of all ages, but our members always look forward to running their own works of engineering art ‘after hours’. At this event we have decided to go public with our fleet – you won’t be disappointed." 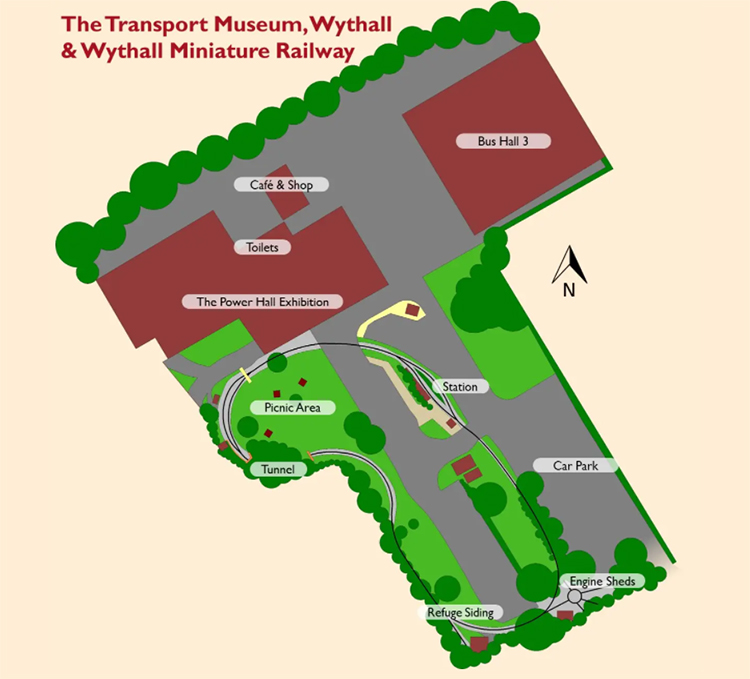 The ride-on railway operates miniature locomotives and trains at 7¼in, 5in and 3½in gauges on its scenic line around the grounds of the museum. Established in the 1980s, the Society has continued to develop the railway at Wythall which is fully signalled, has two stations, a locomotive shed, a viaduct and tunnel and two level crossings shared with the bus museum roadways. The infrastructure has grown and developed over the years and now boasts a circuit with passing loops that covers just over a fifth of a mile. There are plenty of viewing areas and children can wave to the trains as they pass the picnic area. Standard TMW admission charges will apply on the day with a supplement for train rides.