Lyd Back In Traffic Time passes very quickly on the Festiniog, it is difficult to believe that Lyd, the Lynton and Barnstaple replica locomotive, has been in service for ten years. Taken out of traffic in May 2020, the overhaul did not start until late October of that year due to the pandemic, but now, she's back on track.

When it came to the overhaul, Boston Lodge staff enthusiastically started work dividing themselves into two teams, one working on the boiler, the other on the chassis.

Whilst in service Lyd’s superheater performance significantly worsened so that mild steel tubes replaced the stainless steel ones which being very hard were prone to cracking. The rest of the boiler work was straightforward because it had only ten years of service. It only needed re-tubing.

Chassis work included removing the cylinders whose port faces were reconditioned due to problems caused by lubrication failures. The rear pony truck was modified to allow the installation of a side discharging ash pan in place of the originally fitted end discharging pan. On the Lynton and Barnstaple the loco ash was discharged directly into an ash pit. The Festiniog and Welsh Highland Railways do not have such pits, the ash is discharged into a wheelbarrow.

The brake gear was modified to run down the centre of the chassis as far as the rear pony truck in order to give clearance to the new ash pan. A new loco brake control has been fitted to allow the loco vacuum brake to be operated while the rest of the train has full vacuum. This removes the need to wind on the handbrake at every station stop. 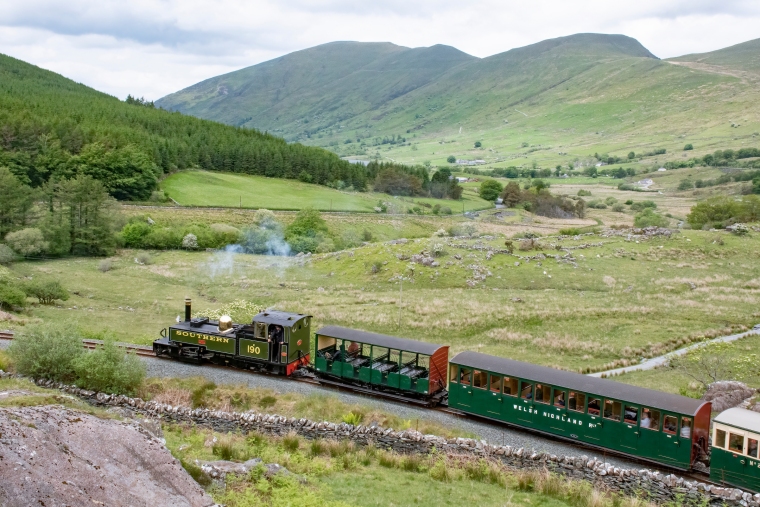 Lyd was tested in May this year going through a successful shakedown process. It has successfully operated on both the Festiniog and Welsh Highland since being put back into traffic. The only work left to complete is on the paintwork which involves repair work and then re-varnishing. The loco will retain its distinctive Southern Railway livery for the foreseeable future.

Festiniog Railway General Manager Paul Lewin said:
“I am particularly pleased with the Boston Lodge staff completing the overhaul so quickly considering that it involved the removal and re-installation of the boiler and cylinders”.

The railway may well use Lyd on its “Back To Blaenau” trains now that Covid restrictions have been eased. Details of all FR/WHR services can be found on the railway’s website.