Lionheart to manufacture Lynton and Barnstaple locomotive and rolling stock for O-16.5 Launched at the 2021 Lynton and Barnstaple Autumn Gala, the manufacturer makes a forray into narrow gauge with a Manning Wardle 2-6-2T and compatible range of coaches, expected to arrive in autumn 2022.

Lionheart Trains launched a new range of models at the Lynton and Barnstable Autumn Gala 2021. The manufacturer is promising a detailed collection of 7mm:1ft scale Manning Wardle 2-6-2 locomotives, for 16.5mm gauge track. 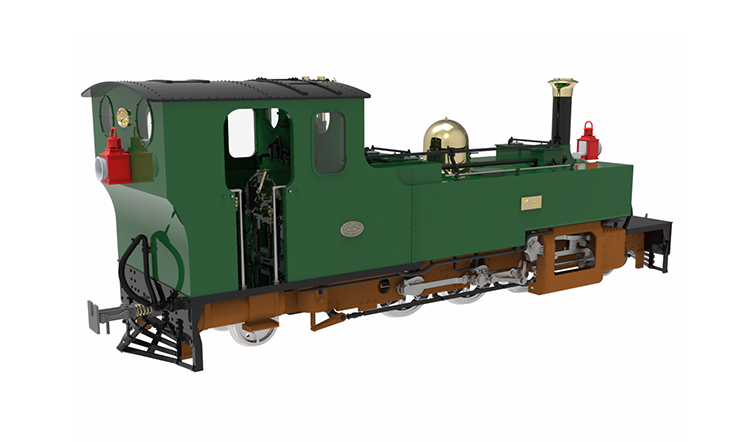 The model specification is as follows:

The six proposed models are:

Three locomotives, all named after rivers, were originally ordered to operate the section of line between Lynton and Barnstable when it opened in 1897. The locomotives couldn't manage the traffic and were joined by Baldwin 2-4-2T Lyn. During their careers the original locomotives received a number of alterations, including the removal of the motion covers in 1903 and the cutting back of the cab to improve visibility for the crew.

When the line was absorbed by the Southern Railway in 1923, a further example, Lew, was ordered from Manning Wardle. With the closure of the Lynton & Barnstaple Railway in 1935, all the older locomotives were scrapped, only Lew surviving to be shipped abroad and never seen again.

Meanwhile, a range of rolling stock to accompany the locomotives has been revealed, with an Open Third, All Third, Third Brake and Composite Brake announced.

Models are expected to arrive in autumn, 2022. For further details, pricing and availability, visit your local Lionheart stockist, or visit the Lionheart Trains website.