Marking the 60th anniversary since the release of the locomotive, Osborns Models' N gauge exclusive of 'Western Enterprise' arrives in stock. 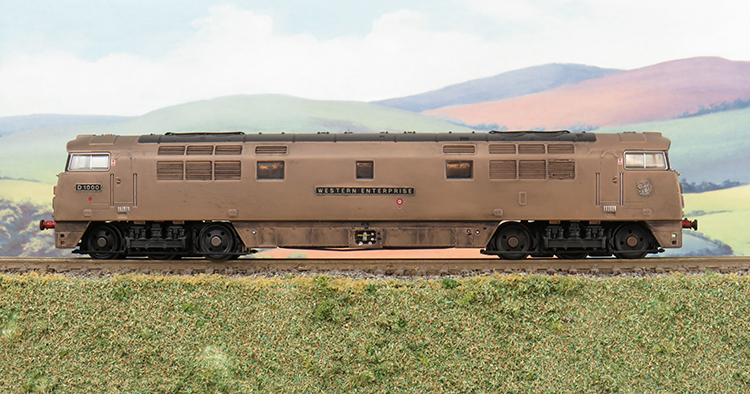 The limited-edition release celebrates 60 years since the prototype was first built. D1000 was introduced by BR's Western Region in experimental desert sand livery to provide a more powerful mixed-traffic alternative to the Warships and Hymeks that were already in service. 74 of these dual-engined locomotives were built, 30 at Swindon, and 44 at Crewe works between 1961 and 1964. All received names starting with 'Western' – which gave rise to their nickname – the second word being either of heraldic, or regimental derivation. The class was relatively short lived and all were out of service by 1977. Seven survive into preservation.

For details on how to order, including current pricing and availability, visit Osborns Models' website.