Lifetime model collection to go 'under the hammer' An extensive collection of model locomotives is to be sold at a live auction at Leicestershire-based Gildings, this September.

More than 800 items from the lifetime collection of a Northumberland-based model railway collector will be sold in over 250 lots on Tuesday, September 14 at Gildings Auctioneers. The treasured collection of O gauge and OO gauge model railways began when the owner’s father, a mariner who died at sea during WWII, gave him his first model train. The collection, which went on to span over eight decades, includes locomotives, passenger coaches, wagons, rolling stock as well as trackside accessories, books and modelling equipment. Most of the locomotives and rolling stock in the sale are in excellent ‘as new’ or ‘near new’ condition, with many offered for sale in their original boxes. 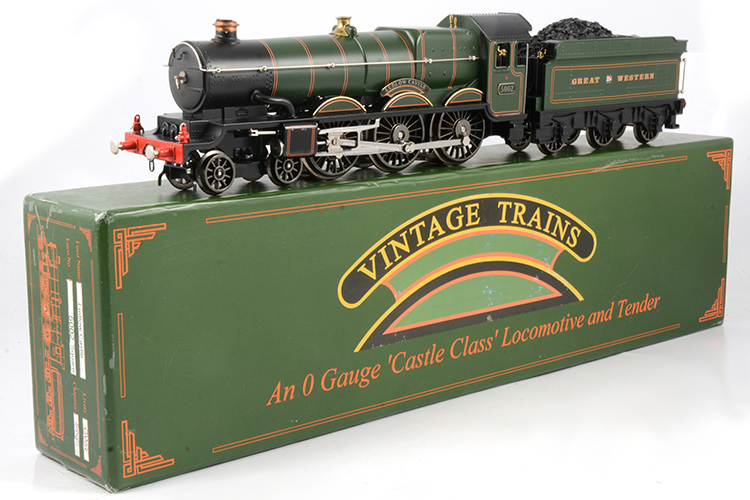 “We are very much looking forward to auctioning this fantastic collection of locomotives,” says Gildings’ model railway specialist, Andrew Smith. “This collection from an owner who was fascinated by both the second-hand and the new, as well as the working history of his collection, is guaranteed to have something for every collector as it spans over eighty years of Britain’s rich railway history, with beautifully-preserved locomotives from the pre-war era through to the modern day.”

Lots in the sale include examples from sought-after model train companies such as Bassett-Lowke, ACE Trains, Vintage Trains, Hornby, Darstaed and Trix. LNER models and their associated passenger coaches and commercial and industrial goods vans feature as these were favourites of the owner, especially if the locomotive had been seen running. This was the case with the Blink Bonny in the early 1960s and The Double Headed Piper, which he saw and photographed on the Wansbeck Valley Line at West Woodburn in Northumberland. 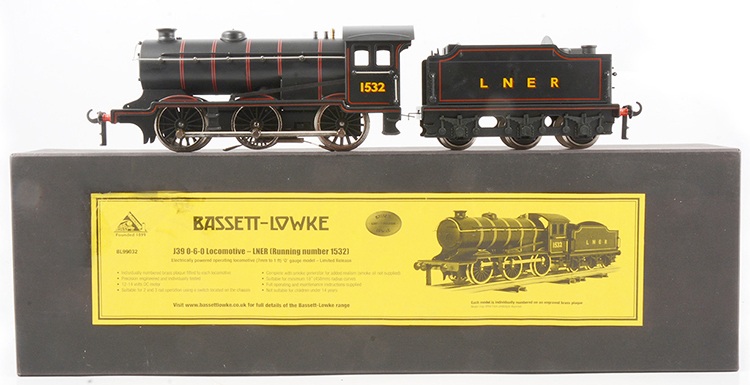 The owner’s fascination with railways was combined with an interest in engineering. Lathes were used to create wheels and chimneys for the models which circled the OO gauge railway line around the perimeter of his office. Later, he created an outdoor O gauge line. Fine attention to detail also runs through the collection, with the owner’s family remembering him collecting banana stickers to photograph and use on the goods vans he built.

“This sale is an unmissable opportunity for collectors to acquire pieces from the collection of this discerning owner who constantly enhanced his expertise by reading the relevant publications and attending club meetings with friends,” adds Andrew Smith. “Based on the high levels of interest we have seen at recent auctions of this kind, we are anticipating high demand on the day from model railway enthusiasts keen to take this unique opportunity to add to their collections from their favourite eras.”

In-person viewings are available by appointment prior to the auction and detailed condition reports are also available to interested parties. for further details, see the Gildings website.