Saying it is pleased with the outcome of its first engineering sample, KR Models sheds light on its forthcoming 4-8-4 locomotives.

Expected to arrive in the third quarter of 2021, an EP sample of KR Models' new OO gauge RTR model of British Railways' 10100 experimental locomotive, commonly known as The Fell, has emerged.

Keith Revell, owner of KR Models said, "Overall, we are very pleased with the sample, there are a few issues that we need to address but that is why we make these samples." Delivery is said to be currently on track for 12 months' time. 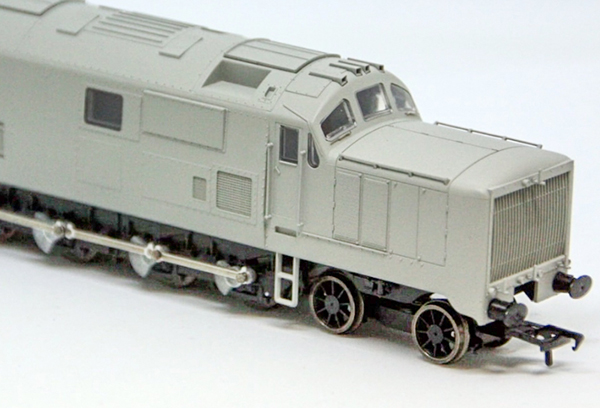 In an exclusive interview with us, Keith Revell highlighted feedback on the first shot from the tooling. "The build quality is great, and we have included the body bulges between the handrails, just like the prototype, a feature we've felt has been missing from previous iterations of this locomotive."

When asked about specifics of this first EP, Keith added, "We've opted for all-wheel gearing, and aren't relying on the coupling rods for traction. However, an extra connecting rod will be supplied to transform the 4-4-4-4 model into the 'as-released' 4-8-4 version, if desired." KR Models plans to provide the connecting rod in the accessory pack, along with hoses and headcode discs.

The coupling rods can be screwed into position to replace those fitted using a standard wheel wrench.

KR Models is said to be working on the gearing of the locomotive at present, while the printed circuit board for lights is being finalised.

Powered by six diesel engines, four of which were used for traction, the prototype Fell locomotive was an experiment to test if the use of smaller engines would increase flexibility, reducing the complications of removing large power plants and hence, reducing down-time as maintenance could be carried out at smaller depots. Its two auxiliary engines were used to power roots blowers, used to charge air for its four main engines. This provided boost at low rpms, hence more torque when starting trains from stationary. The locomotive operated between 1951 and 1958, but proved unsuccessful.

KR Models plans to produce its models in BR black with early crest and Brunswick green with late crest, with DCC-ready and DCC sound-fitted options. For more details, including pricing and pre-ordering availability, visit the KR Models website.