All ten versions of the much-anticipated Kernow Model Rail Centre ex-LSWR / SR Diagram 1541 10T 'Road Vans' are said to have been manufactured, and are en route to the UK and due for the dispatch of pre-orders at the beginning of July. First introduced by the London & South Western Railway (LSWR) in 1884 they were later classed as Southern Railway Diagram 1541. Almost 500 of these were built between then and 1905 making them the most numerous LSWR Goods Brake Van. Brake Vans with side doors through which parcels or other goods could be loaded were known as road vans. 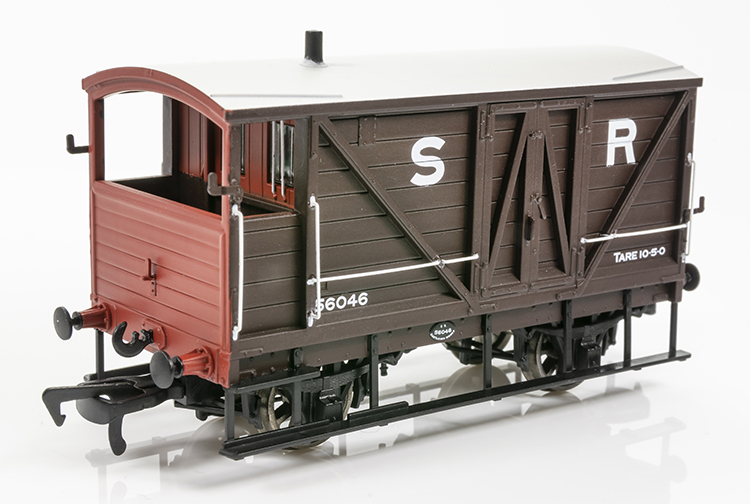 Included within the ten versions are different liveries from the original LSWR, both Southern Railway variations, early British Railways, departmental through to 'as preserved' examples. The tooling has also catered for the Mainland and Isle of Wight versions with either straight or cranked step board supports (as fitted on the IoW versions) and round or ribbed shanked buffers.

Kernow Model Rail Centre Development Manager, Graham Muspratt commented, “We are really pleased to have reached the final stage of this project. The full production batch has left China and should arrive in Southampton, that was appropriately the main docks for the London and South Western Railway, at the end of June.” 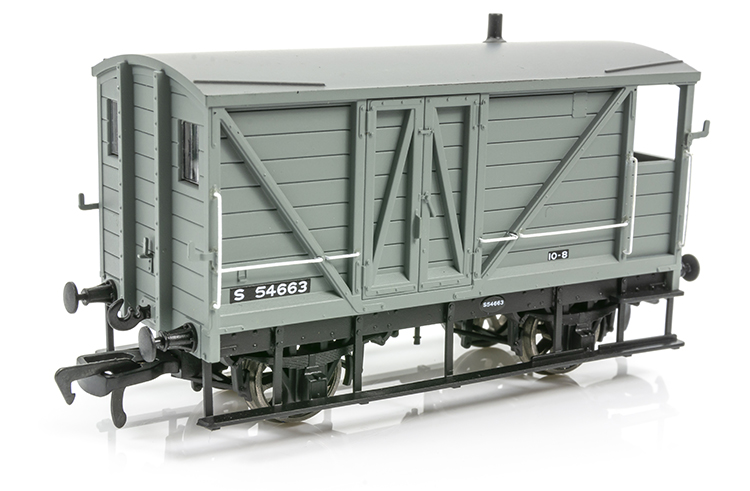 Graham continued, “We have included in the range van number 56046 as preserved on the Isle of Wight steam railway that we originally laser scanned, and number S54663 that was the last road van in service based at Wadebridge, although officially withdrawn in July 1958, it survived in some form of service until 1961. It was then purchased by the Bluebell Railway as their first item of goods rolling stock in May 1962.”

Further details, including variants being produced, pricing and availability can be found on the KMRC website.