Jurassic, the Lincolnshire Coast Light Railways Peckett 0-6-0ST 1008 of 1903 ex-Southam Cement Works, is receiving some attention to enhance its performance for the 2022 season.

Although Jurassic is only asked to perform for around three hours a day for 10 days a year, the locomotive is 119 years old and, in 2022, will be needed to haul three-coach trains rather than the previous one or two coaches.

Work is already underway, involving the chimney and steam pipes, the regulator and the air compressor.

The chimney had a crack on the bottom flange and upon inspection, a weld had been attempted in the 1980s to ensure the chimney was secure. Over time, a crack in the weld had got worse, and a piece of the flange was now virtually broken away from the base. The old weld was removed, cleaned up and the piece welded back in. 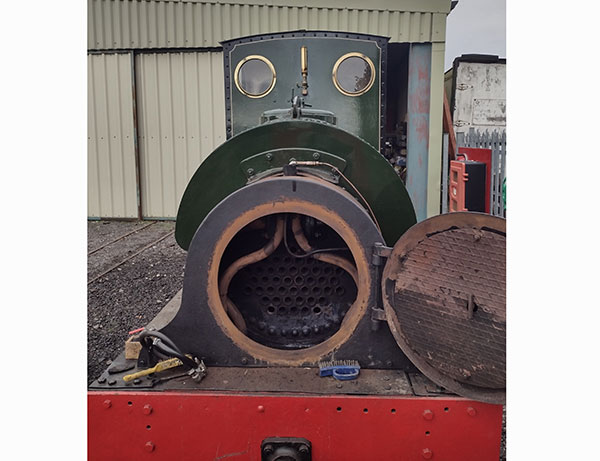 The regulator was causing speed control problems so the slackness in the linkage is being remedied and the valve repositioned. Drivers have found it difficult to adjust speed smoothly using the regulator handle and after careful inspection, a revised regulator linkage has been trial fitted. 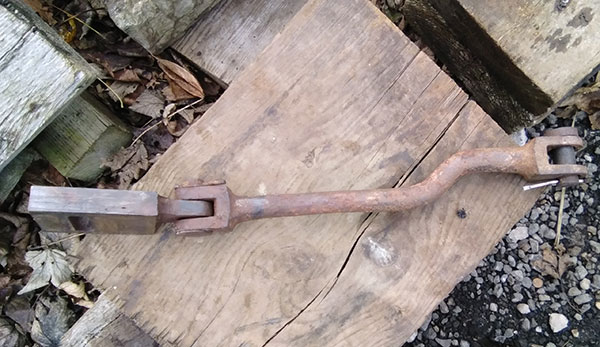 The old linkage seen from above (top) and side (below). Photo Credit: Peter Balderston/LCLR.

Jurassic as-built only had a handbrake, but to meet modern passenger train standards, it requires air braking. To do this, a pinion was placed on the rear axle that drives a compressor via a chain to built-up air pressure in the tank. This only works when the locomotive is in motion, so it is important that air pressure is built up quickly and maintained while the locomotive is hauling an air-braked train.

Once the work on Jurassic is completed, it will be test steamed to see whether the modifications have been successful.

Jurassic should be back in use for the Queen's Platinum Jubilee long weekend on Saturday, June 4 and then every Saturday between July 16 and September 3. 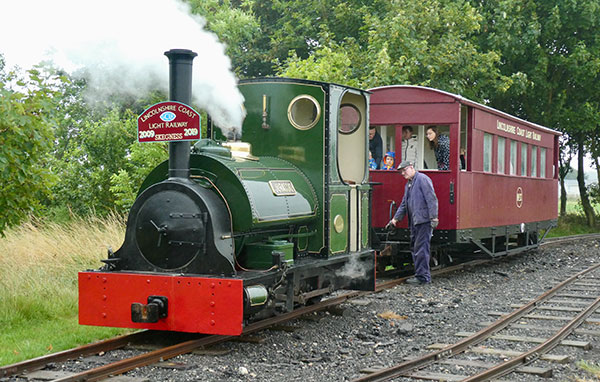 Jurassic on a one-coach train at South Loop in 2019 - Photo Credit: John Raby/LCLR

Please note, it will not be possible to have visitors on site until the Skegness Water Leisure Park is open to the public again on March 1, and the decision to steam Jurassic for testing purposes might be made at short notice.

For more details head to http://www.lclr.co.uk.