Rapido Trains UK has added one of the GWR’s most recognisable wagons to its range – the GWR’s Dia. V6 ‘Iron Minks’. Rapido has tooled three different types of door, three end ventilator styles as well as three different brake arrangements.

Shortages of timber forced the GWR to investigate building vans from metal but it wasn’t until 1888 that what could be called the ‘standard Iron Mink’ appeared. This boasted a 16ft 6in underframe and a capacity of 8T. They became Diagram V6 and over 4,000 were built up to 1901 when the GWR reverted to building vans from wood. 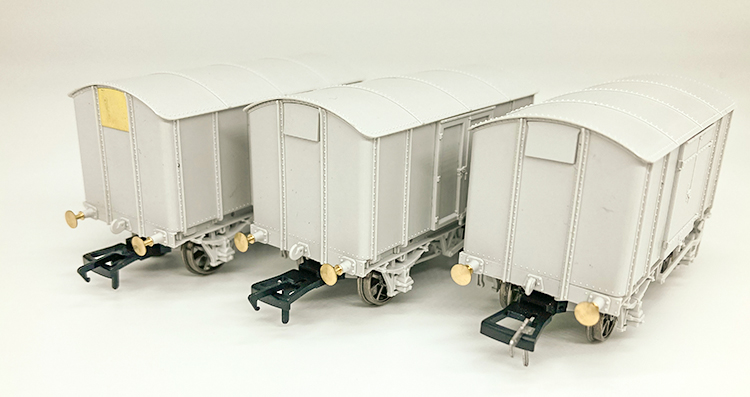 The ‘Iron Minks’ were long lived with examples surviving through until British Railways days in revenue and Departmental service. They could be found all over the UK railway network and some were recorded as far north as Inverness. The ‘Iron Mink’s’ metal construction made it an ideal gunpowder van and it served as such during both world wars. The versatile design was copied by other railways and wagon builders. Happily, four complete ‘Iron Minks’ survive today.

Sales & Marketing Manager Richard Foster said, “While we’ve gone to great efforts to create the ultimate ‘OO’ gauge ‘Iron Mink’, we’ve decided to offer some liveries that were carried by similar metal-bodied vans. We know these liveries are not prototypically accurate for the Dia. V6 but they’re so attractive or interesting that we couldn’t resist adding them to our range.” 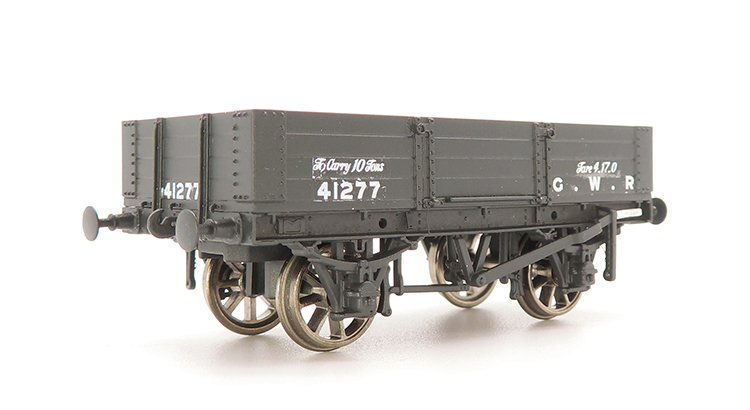 In other news, the manufacturer has also tooled the GWR Dia. O21 four-plank open, which, as with the original, shares its underframe with the ‘Iron Mink’. Introduced in 1886, these were some of the most numerous open wagons in the GWR fleet. When the Board of Trade ‘Either Side’ brake regulations came into force in 1927, the GWR still had over 18,700 of these 'four-plankers' on its books.

Despite being built in huge numbers, the wagons remained in the shadows for all their lives. It’s difficult to track when they finally disappeared from the network and if it were not for the GWR 813 Preservation Fund, it’s likely that the Dia. O21 would have slipped unnoticed into history. The Fund has managed to acquire the final three survivors (Nos. 41277, 52137 and 52243) but only No. 41277 is anything more than a rusting underframe.

Both wagons are at the Engineering Prototype stage and production will start over the summer. The order book closes on June 1 2022. For further details and pricing, visit the Rapido Trains website.