Irish Railway Models shares plans for its latest Irish-outline model in OO gauge, with delivery of models expected in Q3, 2022.

Following on from the modular approach CIÉ took with its wagon fleet in the 1960s and 1970s, IRM has been able to capitalise on its modular chassis, first used under its ballast hopper wagons. This has allowed the Dublin firm to create a new body tooling for these distinctive wagons, featuring the intricate loading hatches, discharge mechanism and profile of the hopper body.

The models have fine etched metal walkways and ladder detail, as well as an array of chassis components. IRM has taken the opportunity to refine the existing chassis tooling, so that features such as the brake levers and their ratchet/pin-down loops have been improved with additional finesse and detailing. 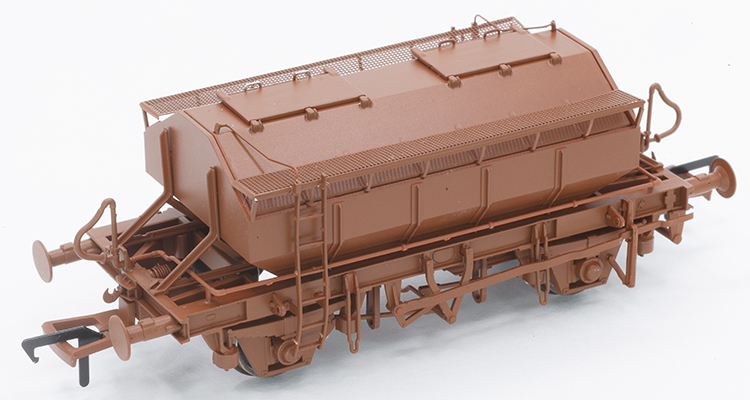 Further additions to its tooling include the correct style of axleboxes used on the magnesite wagons and similar stock during this era. As can be seen from photographs, tooling is already complete, with samples said to have been assessed, and feedback sent to the factory. Production is to commence after Chinese New Year. A limited run of four different packs, with three wagons per pack will be offered, with a bonus exclusive limited-edition single wagon pack also offered. This will be a first from IRM to offer a single wagon pack and will feature distinctive decoration which adorned one end of the wagon on its final working in 1982. It will be limited to 350 pieces.

Magnesite, the mineral magnesium carbonate (MgCO3), is a member of the calcite group of carbonate minerals that is a principal source of magnesium (Mg). During the 1960s, the American multinational Quigley Co., Inc. acquired sites at Ballinacourty, near Dungarvan in County Waterford, and at Tivoli just east of Cork city.

The company specialised in the manufacturing of refractory products for industrial use and its Irish operation was concerned with the production of heat-resistant bricks for lining blast furnaces. The venture was championed by Quigley’s CEO, John A. ‘Jack’ Mulcahy, a native of Dungarvan who emigrated to the USA as a teenager and it took advantage of tax breaks offered by the Irish Government to attract foreign investment at the time. The primary mineral used in the manufacturing process was magnesite, which was extracted from dolomitic limestone. Seawater was necessary for this process, which made the coastal location of the Ballinacourty plant ideal. However, the source of the dolomite was a quarry at Bennettsbridge in County Kilkenny, some 53 miles away. At the same time, Quigley required a means of conveying magnesite in bulk from Ballinacourty to its factory at Tivoli, where the finished product was manufactured for export. 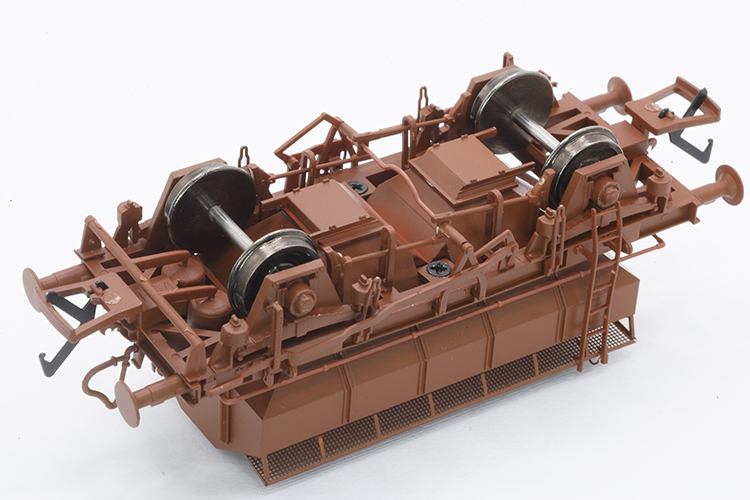 The solution to both traffic flows lay in the region’s railway infrastructure. Construction of the processing plant at Ballinacourty began in 1969 and was completed the following year, by which time Quigley had been taken over by Pfizer. Dungarvan had been served by the former Great Southern & Western Railway route between Waterford and Mallow, but this had been closed by Córas Iompair Éireann (CIÉ) in 1967. With track lifting crews working eastward from Mallow, the most direct route to Tivoli was severed and CIÉ determined that the anticipated traffic levels didn't warrant its reinstatement. However, the link to Waterford remained in place and offered connections to both the quarry on the Kilkenny line and Tivoli via Limerick Junction. CIÉ subsequently laid a new 1.2 mile spur to the facility which joined the existing track alignment east of Dungarvan at milepost 49.

The quantity of dolomite required by the plant necessitated trains of up to 24 open hopper wagons to serve it twice daily. Until the advent of rail-bourne ore traffic from Tara Mines in the late 1970s, these trains were the heaviest to run on the Irish railway network and required two General Motors Bo-Bo diesels to haul them, although A Class locomotives sometimes deputised if a shorter rake of wagons was operated. Magnesite was conveyed from Ballinacourty to Tivoli once a day in distinctive covered hopper wagons which were constructed specifically for the task. This duty was almost exclusively hauled by A Class motive power and could consist of anywhere between 12 and 22 hoppers. Additionally, a cut of three-to-five fuel oil tankers was sometimes attached to this train to supply diesel for plant machinery, although this service could also operate separately. Besides operating on their regular route, these wagons often appeared in Limerick for exams and general repairs at CIÉ’s wagon workshops.

Traffic remained steady for the next decade but by the early 1980s a number of factors were conspiring to darken the future of the Pfizer-Quigley plant at Ballinacourty. Tax breaks which had enticed the company in the first place had expired and high energy costs in the wake of the 1970s oil crisis were taking their toll on balance sheets. Meanwhile, overproduction of magnesite led to a worldwide slump in the mineral’s value and the company’s Irish operation struggled to be competitive. When Pfizer-Quigley made the decision to construct a new processing factory in Asia to avail of cheaper operating costs, the Ballinacourty facility closed in July 1982.

I wish you would add the links to the websites in these articles.