With a second batch of its bogie aggregate hoppers returning, final livery modifications are said to be underway, ahead of their release late-2021.

Irish Railway Models has revealed a new batch of its Tara Mines wagons, in the iconic livery of blue with Tara branding. Built by CIÉ in 1977 for Tara Mines Ltd to convey zinc and lead ore from its mine near Navan, Co. Meath to Dublin Port for export, the wagons are still in operation and represent the heaviest freight trains operated on a daily basis in Ireland. 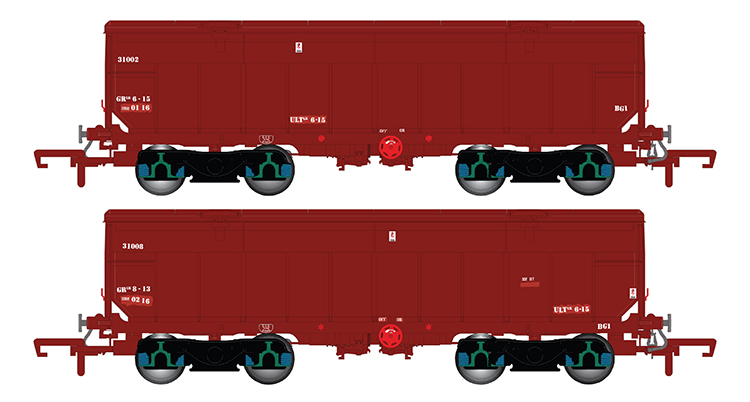 As well as blue livered 'Taras', IRM is also offering packs of the later red oxide livery with new numbers and later style hood to help modellers bolster their previous rake, or build a new one for their IR A Classes or 071 locomotives in IR, IE orange and black, black and silver and current grey livery.

Five different twin packs of the blue liveried wagons, each with a unique running numbers will allow modellers the chance to build up an authentic rake of 10 wagons behind an IRM A Class. The manufacturer is also offering three packs of the wagons in red oxide livery. All packs are being made limited numbers, with rake deals being offered, too.

Tweaks to some of the printing, including the 'Tara' branding, is said to be underway and once complete, manufacturing will commence get underway, with a Q4, 2021 delivery date envisaged. UK-based customers can pre-order by visiting IRM’s bespoke UK website. 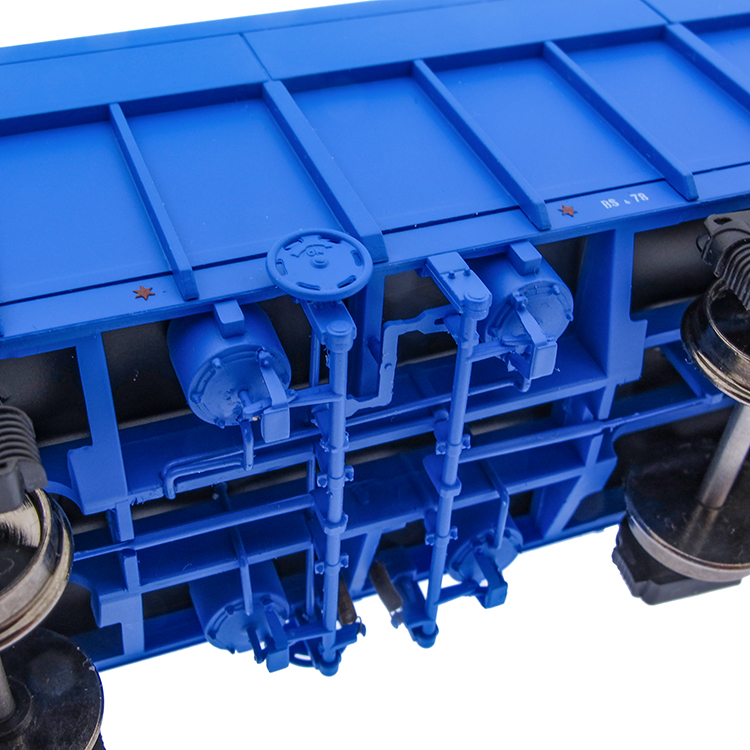 When the wagons first appeared on the network, they sported an attractive all-over blue livery with Tara branding, forming a distinctive and bright block train as CIE pumped positivity into the Irish rail freight network. Three laden trains still operate in a block formation between the mine and Dublin Port each day, with the wagons going about their business in unassuming and reliable fashion for almost 35 years.

When IRM launched its first run of the distinctive wagons in 2016 it did so in the current red oxide livery only. The blue livery was said to often be requested by modellers, but IRM felt it wasn't possible at the time because of a lack of quality A Class locomotives to haul them. However, IRM tooled the original-style hoods.

The blue 'Taras' were mostly hauled by A Class locomotives between their introduction in 1977 and repainting in the early 1990s, with Supertrain, Supertrain with IR logos and IR white lined livery providing motive power during this time. The wagons began to suffer because of the corrosive nature of the zinc they hauled, with the blue fading to grey, before the repainting into red oxide livery.

IR-branded A Classes would continue to haul the Taras in red oxide until their withdrawal and replacement with 071 locomotives in 1995. As per the first run of these wagons, a wealth of separately-applied detail to ensure the bulky nature of the wagons is expected to be captured. Rotating axle hubs, kinematic couplings with NEM pockets set at the correct height and full 21mm provision has been accounted for, with sprung buffers and full brake detail present.

For full details, including current pricing and availability, visit the IRM website.