One of the most hotly anticipated models at the moment is Hornby's brand new Advanced Passenger Train in OO. The firm has now released photos of the latest, decorated sample.

British Rail's Class 370 Advanced Passenger Train (APT) ran from 1979 to 1986. Tilting technology was to have allowed higher speeds on the West Coast Mainline without the need for costly track-straightening. Hornby introduced a OO gauge model of the set in 1981 but discontinued the model in 1985. Since then, it has been popular with enthusiasts and collectors, selling for premium prices.

The all-new tooling was announced as part of the 100th-anniversary range for 2020. For various reasons, delivery will be later in 2021, but the latest production sample now being assessed by the company has now been shown in the Engine Shed blog. 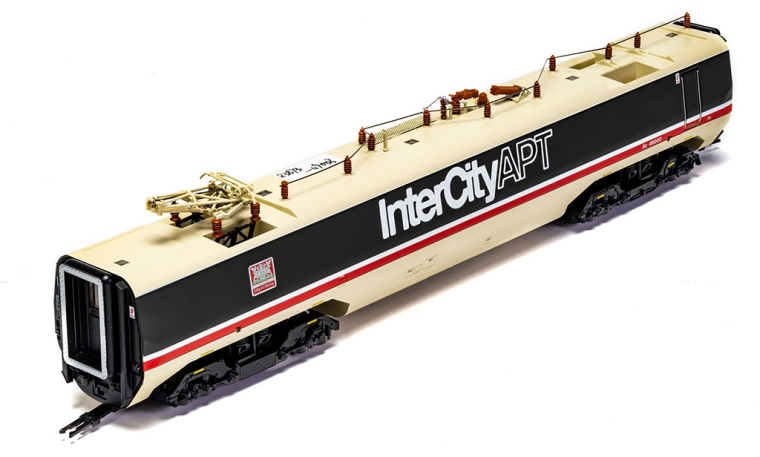 Following the prototype, the coaches are carried on shared bogies and will tilt, apart from the central power cars. Here, the pantograph is attached to the bogies so it remains in contact with the overhead wire while the coach body tilts independently.