Forthcoming LMS and LSWR brake van decorated samples and CADs are highlighted, as models of its first Ruston 48DS arrive with retailers.

Hornby has received decorated samples of its LSWR and LMS brake vans, releasing CAD images of the models to highlight the detail differences between variants. Revealed as a totally new project for 2019, the manufacturer has recently received decoration samples for both.

Announced in January, the two projects have progressed steadily throughout the year following their design in 2018.  Work started on its LMS brake van by the designer in late-January 2018, the project taking approximately five weeks to complete.

A research trip to the Spa Valley Railway helped with the research for its LMS brake van, with reference photographs taken which were added to drawings already sourced. Hornby commented, "Reference photographs are always useful, the drawings by their very nature were detailed and offered the primary source for the design work."

Where the LMS brake van is concerned, Hornby commented "There were three areas that were concentrated upon in the design. The first was the hand and vacuum brake included in the interior. While both versions are present on the diagrams, these had to be designed with the vacuum brake which included the gauge on the side where appropriate."

The ballast weights also needed attention, as these also moved depending on the diagram. The slimmer and larger weights needed to be incorporated and from a manufacturing perspective, these weights would have to impact on the chassis as little as possible, so that the design could replicate the wagon without incuring extra cost. The width across the ducketts, located on both sides of the brake van changes, too. On diagram D1919 this was 8'6" and on diagram D2068 it was 9ft. This has been carefully replicated in the models design. 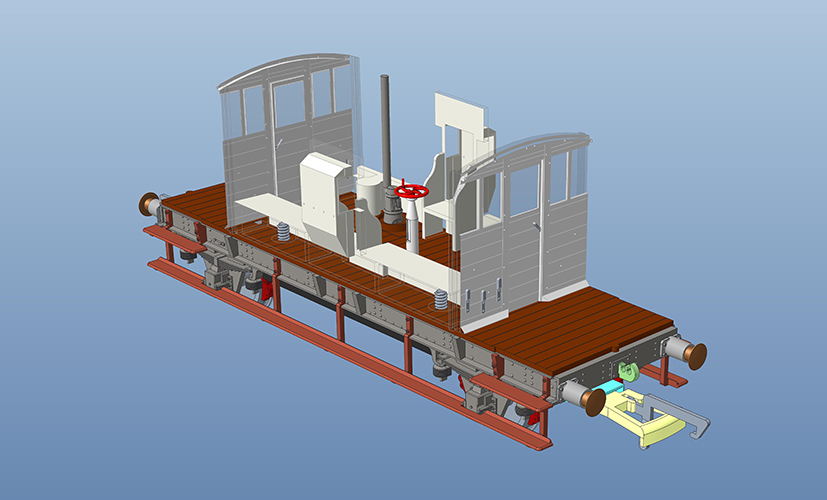 The brake van interior has a hand or vacuum brake, a seat for the guard to look out the duckett, together with a stove and bench. 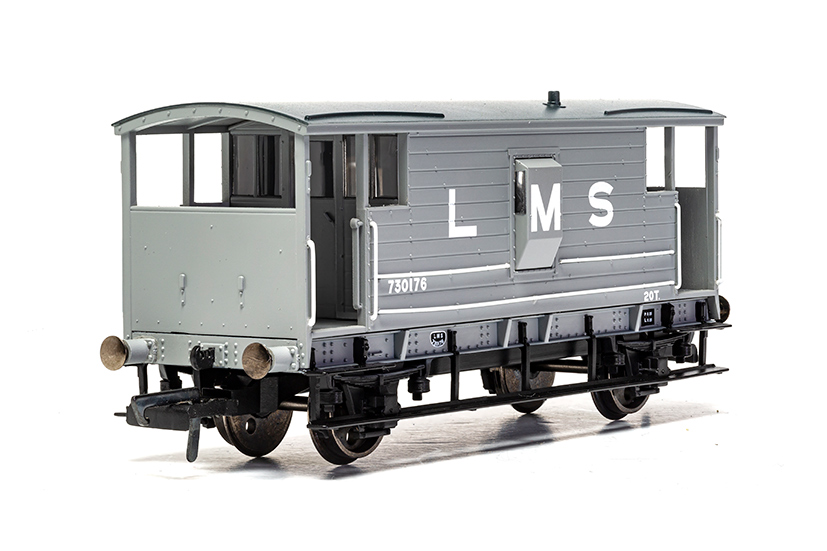 Its LSWR brake van was designed following the completion of the LMS Brake Van, with design work being finished before the month concluded. Hornby said, "Sources for the design were harder to come by for the ‘New Van’. However, historical photographs and drawings were found but were not as numerous as for the LMS brake van."

The same basic construction of the model was similar to the LMS Brake Van and, in many respects, was simpler with fewer differences between the versions being modelled and therefore a less complex design. The seats, brake handle and wheel, plus a stove were incorporated as well as an abundance of exterior detail. The sanding mechanism and pipes have been modelled, with the sand pipes being produced in wire form. Normally only found on locomotives, Hornby said this was found to be the best option to achieve the result it wanted. Small destination-type boards are to be included. 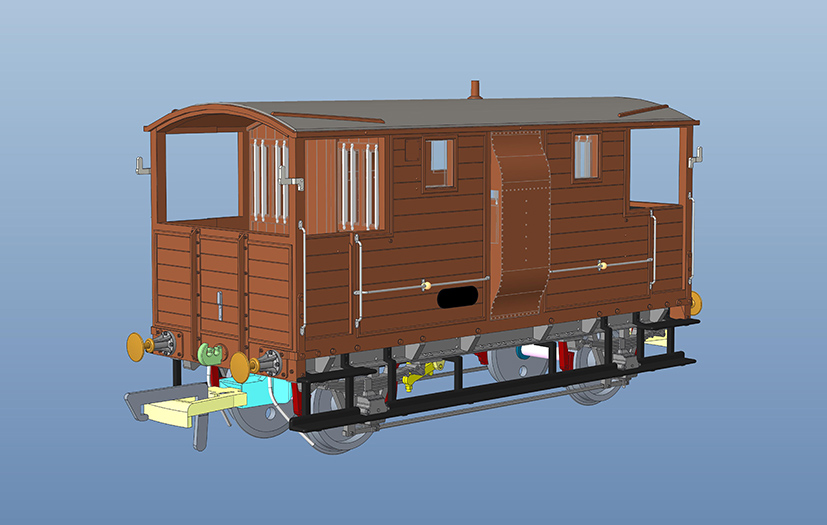 The small lamps that were present on the LSWR iteration were missing from the SR version. The SR version had the lamps removed as lamp brackets have been included on either side of the model. 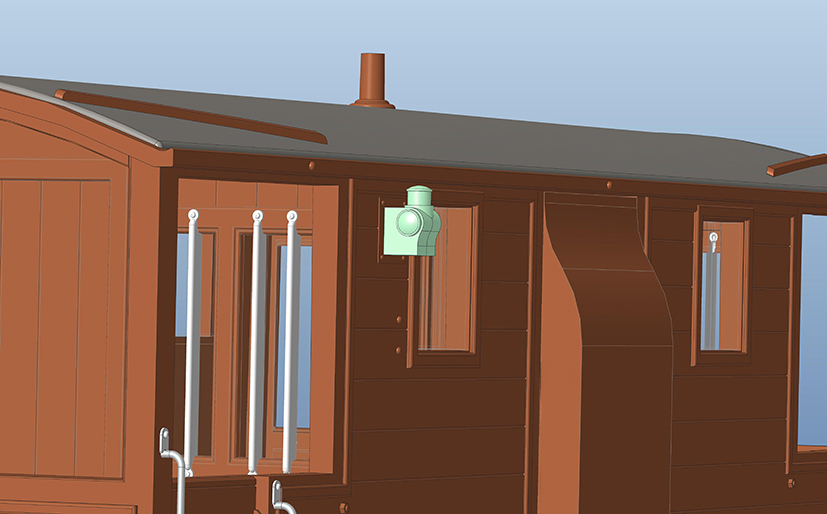 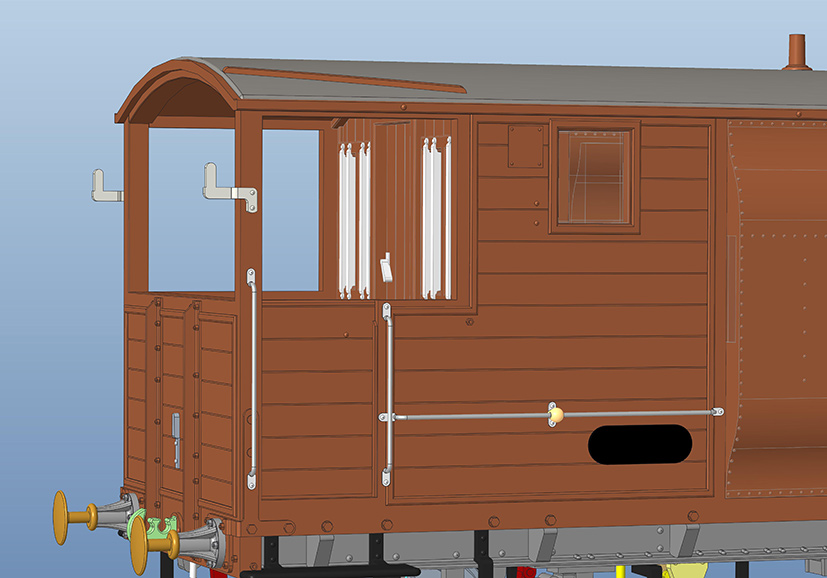 SR version of the van, with lamp plated over.

In other news, the manufacturer's Ruston & Hornsby Ltd 48DS 0-4-0 models are progressing, with first models arriving with retailers. Its War Department and Longmorn Distillery liveries are rapidly approaching release. Look out for its 48DS (R3704) at your local retailer. 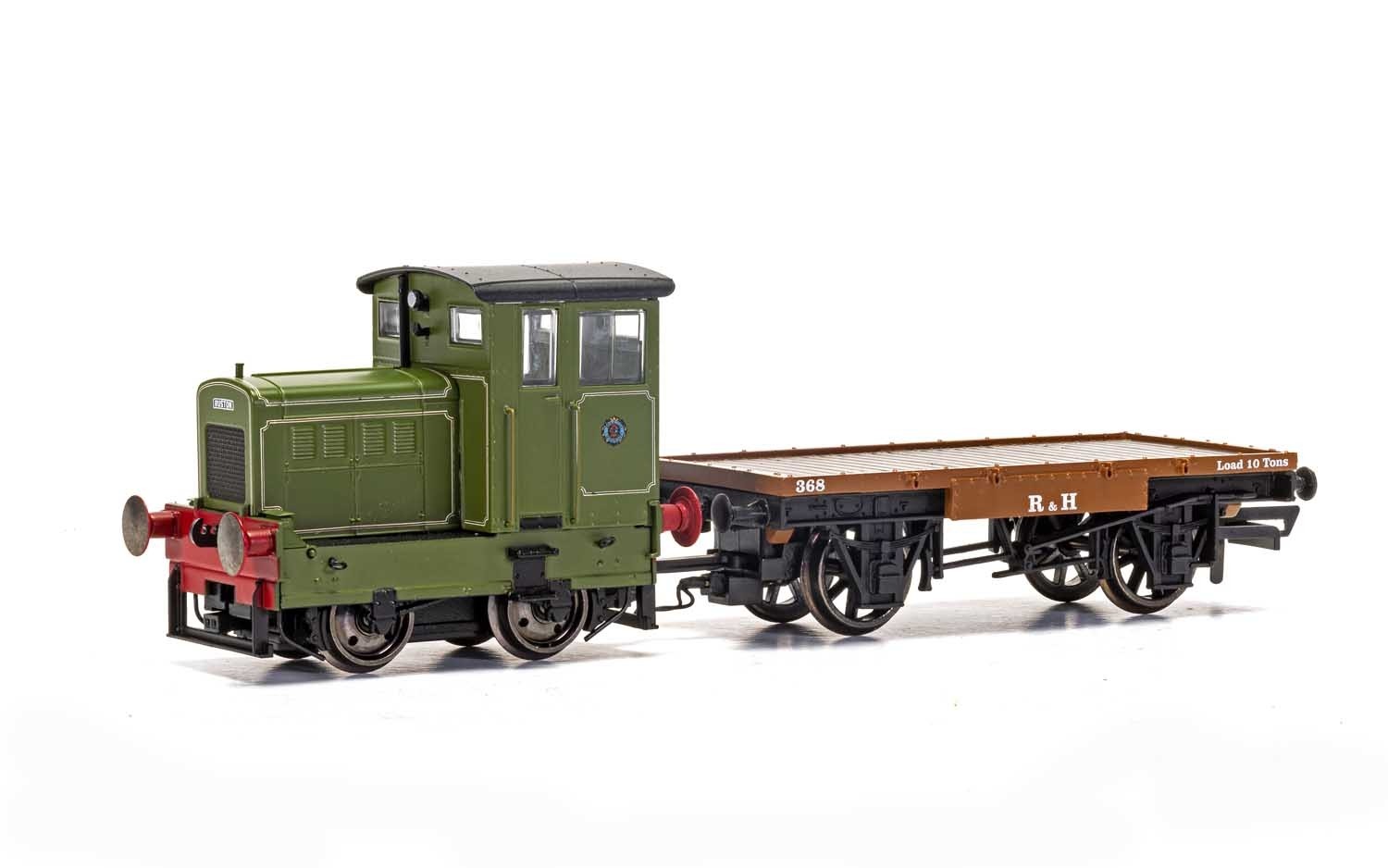