We don't normally cover non-UK models, but a couple of items on the Hornby International stand at Warley caught our eye.

First, we have a container loading crane from the Lima range. 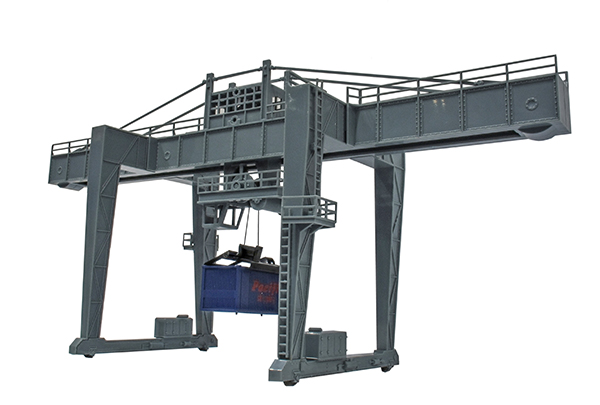 Manually operated, the cradle moved from left to right and the container is raised and lowered. Wheels under the legs allow the model to run along a dockside over rail tracks or a road.

HO scale (3.5mm to the foot), it's slightly too small for OO, but such an impressive model that most people won't notice. Hornby have confirmed the grab will handle a slightly wider 4mm:1ft container if you plan to use it with some slight bending. Two HO scale containers are included and the model needs some assembly. 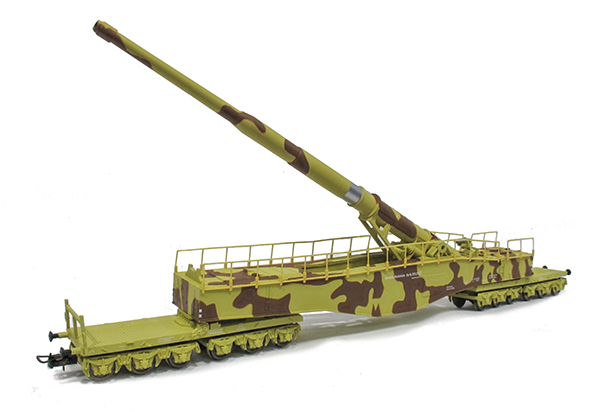 If you bought one of the very popular Oxford Rail "Boche Buster" railguns, perhaps the German version, "The Leopold", might appeal. This version has been unavailable for many years, but is back in production thanks to popular demand.

Now in the Riverossi range, the model is 36cm long over the couplings and available in three liveries. It's worth noting that the couplings aren't tension locks as found on UK stock, nor are they fitted in NEM pockets. Changing them to run with British stock might be a fiddle, but many modellers and collectors will simply display the model as a static item.